Are You Neglecting to Communicate? 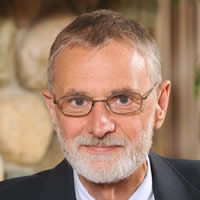 I assume that something positive could occur every time I write, speak, listen, or read; I assume that I will be able to understand and to be understood. I believe that my utterances, like those of others, are worth the time and effort.

This is one of the great questions about human communication: Why do we believe that our communication can make a positive difference?

One answer is that our life experiences teach us that communication is worth the investment. We can recall when our communication mattered: when we successfully conveyed to a restaurant server what we wanted for dinner, and we thereafter enjoyed the meal; when we asked someone for help and they reached out to us; when a family member humbly requested forgiveness and we gratefully accepted their wishes; when someone taught us and we learned; when we told a story that our friends enjoyed.

Of course we all recall situations where our communication failed. When I grade student exams I realize that I have not always instructed well. Sometimes I assume that the students are at fault. That questionable assumption partly protects my ego until the next round of exams.

But whether I blame myself or others I still strive to communicate well. I continue trying even when circumstances seem to make communication impossible. I communicate faithfully, expecting to serve others and to be served by them.

For instance, my mother and I had a turbulent relationship. Partly because of her lifelong illnesses and partly because of my immaturity, our communication was stressful. Too often we ignored one another. Worse yet, we sometimes exchanged unkind comments, verbal jabs at the heart.

One day I was driving home from campus and thinking about whether or not I should stop to visit her. I felt obligated to do so. After all, I was her son, related by blood. She had given me life. How could I not commune regularly with her even if it was sometimes painful? While contemplating my mixed feelings about visiting my own mother, a strange thought seduced me. I felt called to ask her about her upbringing during the Great Depression.

Still driving along University Boulevard, I wondered where that thought had come from. To the best of my knowledge, I had not been reading, writing, or conversing about the Depression. Maybe the thought came to me because my mother suffered from depression; maybe I swapped one meaning for the other one. To this day, I don’t know the origin of that thought. In any case, the thought called me. I had to answer it.

I stopped to visit my mother. I asked her about growing up in the Great Depression. Then I listened. She spoke emotionally for a long while. I paid attention, taking in her response. She told me amazing stories of family difficulties. In fact, I learned for the first time that one of my aunts was actually adopted because her own parents could not care for her during that trying time. As a result, my mother lost parental attention. And she grew desperately jealous. As I listened, I discovered that my mother was a hurt human being who needed to be heard, understood, and appreciated. For the first time in my life, I empathized with her beyond our blood relationship, beyond my obligation to respect her. For the first time in my memory, I had compassion for my own mother. I realized how her past, largely beyond her control, had affected her. My mother’s recollections touched my heart.

These kinds of heart-to-heart breakthroughs give us special faith to continue communicating. They point to better relationships that are more trusting, empathetic, and ultimately satisfying. From that day forward I was able to love my mother in ways that I never thought were possible for me. Our relationship was never easy, but it became ever more peaceful.

Years later I received a call from my brother who lived several thousand miles away. At that time our mother lived near him. Mom was dying, he said. He had taken her to the emergency room where doctors discovered that she was severely ill. Cancer. Very advanced cancer. Stunned, I booked a flight and began preparing emotionally to spend her final days with her. Sitting in the plane, jammed in a seat with little physical room, I exercised my mind and my heart. I contemplated that day when I had journeyed unexpectedly down University Boulevard toward her memories of the Depression. I wondered what else I could or should say to the dying woman who had birthed me. Time goes frightfully fast and painstakingly slowly when traveling by memory toward an impending ending.

It took me the rest of the day to catch several buses over 150 miles from the big-city airport to the rural hospital. When I arrived, my brother and I hugged. I then leaned over my comatose mother, took her hand in mine, and said close to her ear, “Mom, it’s Quin.” She suddenly opened her eyes widely, looked directly at me, mumbled, and fell back asleep. It was the last time that she opened her eyes or spoke. She died that night.

I wonder what she said. But I also wonder if I really needed to know. I had already heard her heart speak to me on that day when I had asked her about the Depression. By faith, I had then reached out to her. I had listened, heart to heart. I humbled myself so that I could empathize with my own mother. That act of faith – a gift and a calling – gave me reason enough to go forward after her death, word by word. Faithfully.