Mr. Bal Bahadur serves as East India Coordinator for LeaderSource. He was born into a Hindu family in Uttarakhand, India. While doing his nurse’s training in M.P., he experienced the love of God in a much deeper way and received his call to missions in 1994. After graduating from nursing school in 1998, Bal was involved in a community transformation ministry with an EHA hospital (Emmanuel Hospital Association – Kachhwa) in southeast Uttar Pradesh. For the last five years, Bal has been involved in pioneering ministries in Uttar Pradesh and Odisha. He met Dr. Malcolm Webber and LeaderSource in 2008 and was so deeply touched and impacted by Dr. Malcolm’s life and the ConneXions Model that he started implementing it in his personal life and ministry. In December 2010, while reflecting upon his life and his future role in the body of Christ, God gave him a vision to get involved in building Kingdom leaders across the nation and beyond. His journey with LeaderSource began in April 2012. Bal has a deep passion to help raise healthy leaders – in his lifetime – who will be role models to the present generation, leaving a legacy for next-generation leaders in India and beyond. Bal Bahadur has been married to Snigdha Rani for 15 years; they have a son Jabez (14) and daughter Upasana (10) as their godly legacy. He is currently based in Varanasi, U.P. India.

A Window for God’s Glory

What a dilemma! ... I asked, “Why is it that you think ministry (preaching, evangelism, pastoral care etc.) is serving God but your government job is not ministry?” 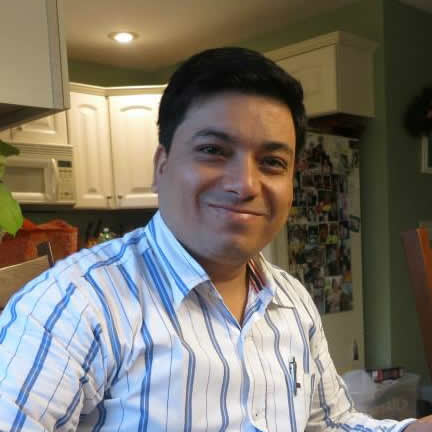