Eric Metaxas is the author of the New York Times #1 Bestseller, Bonhoeffer:  Pastor, Martyr, Prophet, Spy.  Named  “Book of the Year” by the ECPA, Bonhoefferalso won the 2011 John C. Pollock Award for Biography awarded by Beeson Divinity School and a 2011 Christopher Award in the Non-fiction category.  Called a “biography of uncommon power,” Bonhoeffer appeared on numerous 2010 “Best of the Year” lists and was featured in the Wall Street Journal,Publishers Weekly, The New Republic, Harper’s, Kirkus (starred review), NPR, FoxNews, C-SPAN’s Book TV, Christianity Today, The Weekly Standard, and First Things. Bonhoeffer has sold more than 700,000 copies and has been translated into 17 languages. It was recently ranked #21 on the Amazon.com listing of Most Highlighted Books of all time. ABC News has called Metaxas a “photogenic, witty ambassador for faith in public life,” and The Indianapolis Star described him as “a Protestant version of William F. Buckley.” Metaxas was the keynote speaker at the 2012 National Prayer Breakfast in Washington DC, an event attended by the President and First Lady, the Vice President, members of Congress, and other U.S. and  world leaders.  Previous keynote speakers have included Mother Theresa, Bono, and Tony Blair. That speech and Eric’s essay on the experience, were put into a book, No Pressure, Mr. President: The Power of True Belief in a Time of Crisis. Along with his colleague John Stonestreet, Metaxas is the voice of BreakPoint, a radio commentary that is broadcast on 1,400 radio outlets with an audience of eight million. In 2011, Metaxas was the 17th recipient of the Canterbury Medal awarded by the Becket Fund for Religious Freedom.  Previous medalists include Mitt Romney, Chuck Colson, and Elie Wiesel.   He has testified before Congress about the rise of anti-Semitism in the U.S. and abroad, and spoke at CPAC2013 on the issue of Religious Freedom. In September 2013, Eric and his wife Susanne were jointly awarded the Human Life Review’s “Great Defender of Life Award.” In May 2014, Metaxas was awarded honorary Doctorates from Hillsdale College and Liberty University. Eric’s most recent book (November 2014) Miracles: What They Are, Why They Happen, and How They Can Change Your Life hit #12 on the New York Times Best Seller list and is being translated into German, Polish,Greek, Portuguese, Hungarian, Romanian, Russian, Estonian, Slovak, Korean, Swedish, Finnish, and Croatian. His Wall Street Journal op-ed, “Science Increasingly Makes the Case for God” is unofficially the most popular and shared piece in the history of the Wall Street Journal, garnering over 420,000 Facebook Likes and 8,000 comments. Metaxas is a Senior Fellow and Lecturer at Large for the King’s College in New York City.

As J. R. R. Tolkien once wrote to his son, “No man, however truly he loved his betrothed and bride as a young man has lived faithful to her as a wife in mind and body without deliberate conscious exercise of the will, without self-denial.” So folks, let’s drop the whole “soul mate” talk, shall we? Marriage can be wonderfully satisfying, [...] 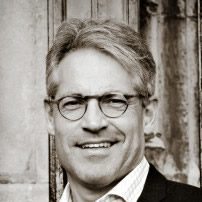