J.D. Greear is the pastor of The Summit Church, in Raleigh-Durham, North Carolina. The Summit is characterized by its gospel focus and sending culture. As Pastor J.D. often says, “The gospel is not merely the diving board off of which we jump into the pool of Christianity, it’s also the pool itself.” The deeper we dive into the extravagant love of Christ, the more our lives will be filled with unquenchable joy, reckless generosity, and audacious faith. Depth in the gospel also leads to width in the mission. Under Pastor J.D.’s leadership, the Summit has grown from a plateaued church of 300 to one of over 10,000, making it one of Outreach magazine’s “top 25 fastest-growing churches in America” for many years running. Seating capacity, however, is not the church’s primary metric for success. Sending capacity is. Pastor J.D. has led the Summit in a bold vision to plant one thousand new churches by the year 2050. In the last 15 years, the church has sent out more than 1,000 people to live on church planting teams—in North Carolina, across the United States, and around the world. Pastor J.D. Greear has authored several books, including Not God Enough: Why Your Small God Leads to Big Problems, Gaining by Losing:  Why the Future Belongs to Churches That Send (2015), Gospel:  Recovering the Power that Made Christianity Revolutionary (2011), Stop Asking Jesus into Your Heart:  How to Know for Sure You Are Saved (2013), and Jesus, Continued … Why the Spirit Inside You Is Better Than Jesus Beside You (2014). Pastor J.D. completed his Ph.D. in Theology at Southeastern Baptist Theological Seminary, writing on the correlations between early church presentations of the gospel and Islamic theology. Seeing Muslims come to faith in Christ has long been a burden of his, a burden that led him to serve in Southeast Asia with the International Mission Board. Pastor J.D. is currently serving as the 62nd president of the Southern Baptist Convention. Pastor J.D. and his wife Veronica live in Raleigh. Together they are raising four ridiculously cute kids: Kharis, Alethia, Ryah, and Adon.

Church is a Leadership Factory

The church ought to see itself as a leadership factory that stirs up the gifts of God in people, not an auditorium that gathers people behind a leader. Jesus did not build His Church by recruiting the 12 brightest from the rabbi’s list of “up and coming stars” and platforming them in large stadiums around the world. His disciples were [...] 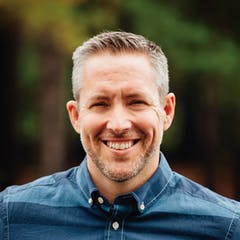 Church is a Leadership Factory

The church ought to see itself as a leadership factory that stirs up the gifts of God in people, not an auditorium that gathers people behind a leader.