A man gifted in communicating the gospel of Jesus Christ, Dr. Ronald A. Cline challenges and edifies the body of Christ. His background as a pastor, educator, counselor, missionary, and author gives him credibility and rapport with the many groups and individuals he and his wife, Barbara, minister to around the world each year. Dr. Cline is a graduate of Azusa Pacific University in California. He attended Fuller and Talbot seminaries and studied counseling and guidance at Pasadena Graduate School, all in California. In 1982, he received his doctoral degree from Azusa. He is an ordained minister and a licensed marriage, family, and child counselor. As a professor and administrator at APU for 10 years, Ron taught in many countries through the Universities “Operation Impact” program. One of those countries was Ecuador. The Cline's international missionary service began in 1976 as a short-term opportunity when he accepted the invitation to pastor the English Fellowship Church in Quito, Ecuador. That two-year commitment grew to a five-year ministry. From 1981 to 2001, he served as the president of HCJB Global, which has ministry in Central, North, and South America; Europe; Russia; Central Asia; North Africa and the Middle East; Sub Saharan Africa; Asia; and the South Pacific. From 2001-2007, he served as Chairman of the Board of Trustees. Today, he serves as Global Ambassador for HCJB Global. Ron and Barb travel extensively in ministry with HCJB Global (www.hcjb.org), Extreme Response (www.extremeresponse.org), and Leader Mundial (www.leadermundial.com). In 1996, Dr. Cline began the radio program Beyond the Call (www.beyondthecall.org), which today is aired by local radio stations in nearly 1100 communities in America and in several languages internationally. The Clines have three adult children and five grandchildren living on three different continents. The Clines spend their time ministering in the different regions of the world.

I hope you realize that you have less time ahead of you than at any point in your life. So, let’s talk about time. 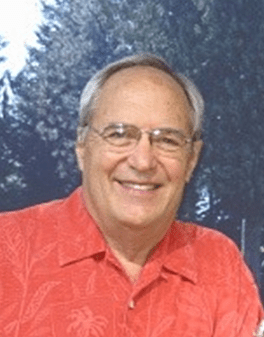 The Focus of a Leader

After years of working with young developing leaders, I have come to the conclusion that if a leader focuses on two basic truths, he will be successful.