After surviving 15 years of youth ministry, Scott Greene currently serves as the Teaching Pastor at Warsaw Community Church in Warsaw, IN. Drawing on years of camp ministry, some really odd summer jobs, and adventures with his own four kids...Scott's communication style offers a unique blend of humor, story telling, and principle-driven truth that helps both students and adults experience a spiritual “ah-ha” moment. Scott has spoken at conferences, retreats, universities, and churches throughout the country. Scott's love for creativity has led him to some fascinating places...Including an appearance on NBC's Today Show, serving as a submarine captain at Walt Disney World and hosting the Presidential Prayer Breakfast at the inauguration in 2012.  (One of those isn't true) Scott and his wife, Deanna, have been married twenty years and enjoy corralling their four kids ranging in ages from fourteen to five.  He is passionate about solving the world's water crisis.  Scott doesn't like cheese or snakes.

Get Me Out of This, Please!

I had been praying “God, get me outta here,” but God had a plan I did not understand. He took us deeper into the situation instead of bringing us out! 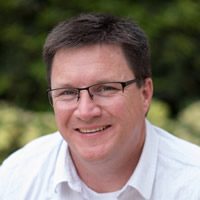