Be Angry, But Do Not Sin 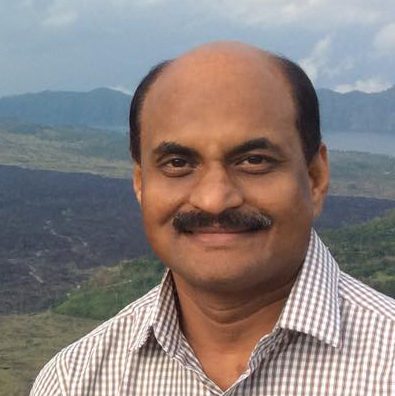 Recently, an enraged employee who had been reprimanded by his supervisor acted on his rage in a violent fashion. He chased his supervisor to the sixth floor of his work place and attacked him with a knife. Knowing that his supervisor survived, he ran to the 16th floor, intending to commit suicide by jumping off the roof. But before he could do that, the cops arrived and arrested him.

While I was pondering this horrific incident, triggered by uncontrolled anger at a supervisor who only did what was right, I couldn’t help but think about God’s anger. I asked myself, “Do I worship an angry God?”

In Exodus 4:14, we read that God’s anger burned against Moses, because Moses asked God several questions and gave excuses when God told him to go to Pharaoh to deliver the Israelites from their bondage. Don’t we sometimes give excuses and argue with God when He gives us an assignment which we are scared, sometimes reluctant, to take up? When we who claim to be God’s children disobey or obey reluctantly, we provoke Him to anger.

Then in Judges 2:12-14 we see the Israelites provoking the Lord to anger by their evil deeds and idol worship. Today, we may not worship idols made of stone, wood, gold and silver; we may not indulge in gross and blatant sinful acts, as did the Israelites. However, aren’t we sometimes guilty of being insincere or slothful in our attitude or in the way we respond to God when He speaks to us? Do we serve Him gladly, no matter what the cost? Is our sole goal in life to ensure that we and our families have all the material wealth we desire and a secure future? Let us beware of the danger of provoking our loving heavenly Father to anger by ignoring Him and preventing Him from having His way in our lives.

God’s anger is always based on His character, and therefore holy and just. But we are not God. How are we to approach anger in our own lives?

There are broadly two categories of human anger: righteous and sinful. To be angry is in itself not sin. Anger is an emotion which can be expressed appropriately, rather than suppressed. Jesus became angry when He saw injustice and when the rights of the poor were violated. Bill Hybels terms such anger as “holy discontentment.”

On the other hand, we manifest unrighteous or sinful anger when we cannot have our own way, when our ego or self-esteem is wounded, or when we are physically or verbally wounded by someone. Such anger is toxic to one’s soul, and it preys on both victim and perpetrator.

When Jesus was abused, whipped, beaten, and nailed to the Cross, He didn’t retaliate in anger, nor did He indulge in self-pity. He loved His persecutors and prayed that His Father would forgive them. Am I angry with God for being denied power and position or wealth and privileges, even though I deserved them? Am I impatient with waiting on God in prayer?

Anger is like acid. Mark Twain said, “Anger is an acid that can do more harm to the vessel in which it is stored than to anything on which it is poured.”

About our motives and how we communicate, Ravi Zacharias once said, “Intent is prior to content.” It is amazing how some people burn the midnight oil searching the Scriptures and referring to concordances with the sole intent to taunt, get even, seek revenge, or prove a point. How hollow this is! While most of us are concerned with the content, God cares also for the intent. In fact, intent is what produces our actions. Drawing a lesson from Cain and Abel’s story, “Where hate lives reason dies.” When jealousy was the intent, murder was not far behind it.

Psalm 4:4-5 provides us with license to “be angry,” but with a disclaimer that we “do not sin.” It also provides practical tactics for when one is in a state of anger: meditate, be still, offer sacrifices, and trust in God. Submitting our motives to God helps us to avoid sinning in our anger.

Kara Tippetts, who passed away after a long battle with cancer, wrote the book The Hardest Peace. Kara had many reasons to get angry with God. Why did He allow cancer to take over her body? Did He not care about her husband and children?

However, her response is worth emulating by every follower of Christ: she not only bore the pain with a smile, but lived a challenging life, advocated for several cancer patients, and even prayed for the woman who would eventually replace her as her husband’s wife. She said, “I took the less travelled way, and that made all the difference.”All of us, whether emerging leaders or established leaders, are called to “detox” our hearts from the acid of anger. We are called to take the less travelled way, and in doing so we will prepare our souls for eternity. Let us commit to this process!