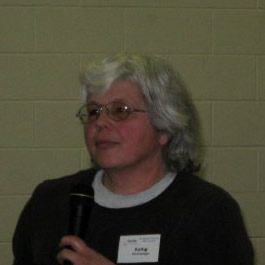 Working with children is a natural leadership training environment. In fact, since every one of us believers is called to lead someone to Jesus, every child that we work with is quite possibly a future leader! And so, as we engage with each child, we need to be open to God’s nudging as the opportunities pop up.

Several years ago I worked as a program director for a latchkey program. The site director and I oversaw 35 children ranging from ages five to 11. And of those 35, 15 were ADHD. Working as program director it was my job to plan and implement all their activities, and most of them needed to be high energy! Since I worked for a secular organization, the activities couldn’t be Christ-centered, so I chose to concentrate on relational skills and found or created games and projects to build friendships among the children. Monday through Thursday, we buddied up as we played games, built with Legos, did art projects, cooking projects, etc. Friday was movie day, but as the children worked with their buddies the other four days of the week, they voted that Friday would continue the same kind of activities. Many parents would make comments that their child no longer watched television but wanted to engage in family activities. And many long-lasting friendships were made with children that had previously been strangers.

At the beginning of that school year, however, the site director was there only long enough to take attendance. That left me alone to supervise and implement all activities with our 35 kids. The first few days were mostly crowd control.  I cried out to God again and again for ideas. I began to notice a couple of fifth grade girls that seemed to really enjoy playing with the younger kids. It seemed wise to train them as junior program directors to work with the five through seven year olds.

And so the girls began bringing in games and art projects for the little guys. They soon discovered which activities the children liked, dropped the boring ones and increased the interesting ones. It seemed I did not have to do much training but just give them an occasional idea or two concerning age appropriate activities and expectations. Any discipline issues the girls couldn’t handle were brought to me.

As the year progressed the two girls grew in their skills with children. And as their skills grew they became real assets to our latchkey program. Their jobs as junior program directors even spilled over into the summer program as they continued helping the little guys in whatever we five leaders planned!

Several years later, the girls went on to college and one of them majored in elementary education. I’ve often wondered if the opportunity God directed me to give her with the little guys at latchkey that year helped with her career goals.

We never really know when we’re working with children how God will use their lives for His kingdom building. However, staying in tune with His Spirit and asking for Him to show us the child’s talents and gifts opens up new doors of opportunity for them and us.

In Mark 10 Jesus was busy teaching when some people brought little children to Him so that He could touch them. You all know the rest of the account – the disciples rebuked Him for taking the time to spend with the little guys. And then Jesus responding by telling them they needed to be like the children.

My point here is that the people were bringing the little children to Jesus so that He could touch them. As we work with children – whether in a Christian setting or a secular setting – our job is to bring them to Him so that He can touch their lives. We must lean on Him to know how to do just that.