Christian Leadership: I Don’t Think That Word Means What You Think It Means 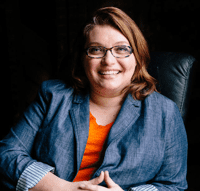 Being a leader isn’t what I expected.

There, I said it.

I showed you what is behind the curtain.

It’s not nearly as glamorous or shiny as most of the gurus make it out to be. There’s a lot more messing up, doing things over, and wondering if I’m setting my team up for a massive “crash and burn.” This overnight success thing takes years of work.

A few years ago God gave me a vision. It was only a snapshot, but it was beautiful. I was backstage with a few loved ones getting ready to speak to lots of people. We were all dressed nicely and very excited to be wherever we were! I woke up excited and ready to make it happen.

Fast forward to today. We have had explosive growth over the last year, but we still have work to do. I thought we’d get there quicker, with fewer wandering paths and sleepless nights. I mean really, if God was calling me to it He would make sure we got there, right?

But that’s not what it means to be a Christian leader.

More straining my neck to see what’s around the next corner.

More wondering if God made a mistake to call me to this thing we are building.

I wasn’t fully prepared for more, but that’s what the world delivered.

More peace when I was overwhelmed.

More like-minded men and women to inspire me to keep going.

More prayer warriors to protect my team and family.

More grace when I doubted everything.

More miracles when all I expected was bolts of judgmental lightning.

Christian leadership is as transformational to us as it is to those we are called to lead.

We can’t steamroll people at any cost. There’s no cutting corners or cheating when we are doing things God’s way. So getting messy, making mistakes, and needing the support of others is par for the course. We have to work on ourselves as much as we work on other people. Releasing ourselves from old expectations, habits, and false-beliefs is exponentially more difficult than getting others to believe in us. It takes time.

Perhaps you’re in a similar season. God has given you a vision that’s polished and shiny, but you’re looking around feeling like a jumbled mess.

You feel discontent with the present and are ready to be in the future that God has promised. You’re longing to be in the presence of people whose lives are being changed.

To you I say keep going. The mess that surrounds you is like evidence of your leadership and it’s a good thing. Old ways are being torn down. New ways are being built. You’re worn out because you are blazing new trails with people who never even knew those trails existed.

Messy, tired, and changed by this journey are your goals for this season.

Be honest with yourself about how heavy this load is and make it a priority to rest, sit with God, lean on others.

Let the vision of the future encourage you instead of making you feel like you’re not doing enough. This season is hard; acknowledging that isn’t sinful. God knows it’s hard and He still called you to it because it’s worth it. He’s taking you through this season because you’re worth it.

Becoming a Christian leader isn’t just about developing your own relationship with God.

You can do that privately with Him and never lead anyone. Leadership requires us to stand in front of our community and reveal to them what they cannot yet see on their own.

That mess, watered by your sweat and tears, will grow into the beautiful vision God has shown you. Give yourself permission to be here, in the midst of the process, and to be transformed.

You may pick up a few scars along the way, but what great warrior hasn’t?