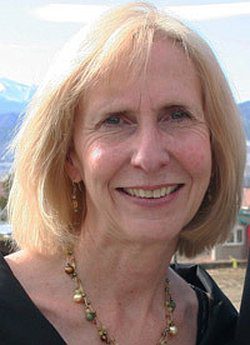 By nearly everyone’s definition, leadership in one way or another equates to influence. It is a subject of great debate and concern throughout the secular world as well as throughout the global Church today. God’s example seems to confirm the importance of leadership to the well-being of His people on earth as throughout the biblical accounts we find He has called forth leaders to bless the nations (Abraham), lead His people out of captivity (Moses), lead His people into the Promised Land (Joshua), establish an earthly kingdom for His people (David) and so forth to the calling of Saul (Paul) to proclaim His name.

Culture generally determines more about the leadership styles and models in the Church than does anything else. You therefore have many models of leadership functioning throughout the Church globally today that the local leaders would claim are Christian models. Some major ones include:

This style is seen within many cultures. This is leadership through exerting power and position much as any tribal chieftain, or royalty of a small nation would do. Within the Church it is sometimes clothed as being “apostolic” and accountable only to God. It ranges from its raw and ugly form as the all-controlling boss with the enormous corner office, to the much loved “benevolent dictator” who still makes every decision and only gives away responsibility but never authority.

In cultures that revere age and equate age with wisdom those with seniority automatically are the leaders. When this happens the young people inevitably become restless because they find no place to use their gifts. They often have to break away and start new movements because there is literally no place for them within the traditional Church structures.

In some Asian cultures leadership can only be entrusted to family members. They hand down leadership of business or politics only within blood lines and you find the same tendency for mission agencies or churches within those cultures.

Many cultures will only confer leadership to males within that culture. In some cultures this goes even further with leadership being equated to the rugged, physically strong, violent and sexually promiscuous males. While this is a form of the “big boss” model mentioned earlier this distinction of gender discrimination adds many complications when it enters the Church due to the implications it brings about war, physical power and even domestic violence.

In current Western cultures the charismatic personality who is photogenic, attractive, articulate, and can win the election is often perceived as God’s chosen leader. This has too often resulted in those without the needed wisdom, maturity and integrity falling dramatically into sin from positions of leadership.

This is the model that comes out of the culture of the Gospel and the Kingdom of God. Following the model of Jesus is altogether too rare in the Church throughout history because it has always been and always will be counter-cultural. Its hallmarks include sacrificial love and being more interested in building God’s Kingdom than your own.

Excellent leadership is an urgently felt need today, in part because we are living in a time of escalating rapid change. In times of insecurity, fear and challenge, people naturally look to leaders for answers, yet answers are harder to find.

Globalization means that there are no truly isolated challenges, but rather each one impacts the entire world as the journalist Thomas Friedman has popularized – globally, through books like The Lexus and the Olive Tree and The World Is Flat: A Brief History of the Twenty-First Century.

Adding to the instability and globalization is the move from the well-established modern age into post-modernity. Even the term “post-modernity” reflects the rapid change being felt. We know we have left “modernity” but cannot yet define our current realities with a proper term so therefore it is merely referred to as “post” the last era.

One of the practical implications for leaders of this cultural shift is the need to change how we manage people and institutions. As Paul McKaughan stated in his book, Choosing a Future for U.S. Missions, “We are moving from an organizational paradigm of order and control which was derived from the Industrial Age. The new information era into which we have moved will be administratively much less neat. When once our structures tended to dominate and control, now structures will be much more subservient to our task.”

The rapid growth of the Church across the Global South adds to the current leadership challenges. As Philip Jenkins confirmed in his book, The Next Christendom: The Coming of Global Christianity, this phenomenon has literally turned the statistics of Christianity upside down and current structures and many leaders seem ill equipped to absorb those changes in a timely way.

While the current challenges are legion, godly effective Christian leadership has never been easy, as documented throughout scripture. Yet it has always been critical to the orthodoxy of God’s people, to the spread of the Gospel message and to the expansion of his Kingdom. Passages throughout Judges are representative of the failures of God’s people for lack of leadership as throughout this book of the Old Testament Israel’s ongoing and often shocking levels of evil are explained with the comment that Israel had no king.

Denominations have long recognized that as its leaders go, so goes the church and as a result planted their “brand” of seminaries and Bible training programs throughout the world and required successful completion of those programs as the entrance ticket to church leadership. While the individual results of these strategies may be debated, the reasoning behind it – that leadership matters – is not debatable.

While numerous examples of failed leadership negatively impacting the Church are available throughout scripture and currently, the hope resulting from good leadership is equally available. A simple Bible survey reveals a plethora of “biblical” forms of leadership. We find there that God called judges, prophets, kings, priests and later apostles, disciples, elders, deacons and teachers to provide aspects of leadership for his people from time to time.

And though much could be made of comparisons of those structures, arguably only one common trait is required by God for leaders to be “successful” from His perspective. That timeless quality is obedience. At first glance obedience may seem simple enough; however in fact, “simple” obedience to the Almighty God is an ambition requiring lifelong intentionality, effort, learning, and willingness to change.

Obedience assumes several qualities or skills of a leader all of which spring from relationship with God. Knowing God is the first quality of any leader in the Bible. Christian leadership is a calling from God which means an initial encounter with Him is essential. From Abraham through Paul, story after story is told of leaders encountering God, receiving his instructions to them and their struggle to carry those forward to lead His people.

David is often depicted as the essence of godly leadership and God seems to confirm this through His passionate love for David and the blessings bestowed on him. Closely comparing the stories of Saul and David you see nearly identical encounters, calling and receiving of instructions and it is only in their struggle to obey that God identifies the essential differences between them as a matter of the hearts. Truly a heart after God is the essence of godly leadership.

This is reinforced in the New Testament as Jesus’ departing words to His disciples are that He must go so that another may come, His Holy Spirit, to indwell, lead and guide them. Thus from the stories of these leaders as they struggle to obediently carry out God’s calling in the Bible we can discover the qualities of godly leadership including; a heart after God, humility, integrity, servanthood, sacrifice, faith, justice, kindness and many more.

It is interesting to note that secular professionals in leadership and management today often unwittingly document the reality of the positive impact of leadership traits we easily recognize as Christian. For example, Jim Collins in publishing the results of years of research into what makes some companies much more successful than others in his book, Good to Great, identifies as one of the top factors something he calls “Level 5” leadership. This is defined through traits such as “…ambition first and foremost for the company and concern for its success rather than for one’s own riches and personal renown.”

While many models of supposedly Christian leadership exist throughout the world they often spring primarily from the local culture. God identifies obedience and a heart after Him as keys to leadership that is pleasing to Him. This makes the activities of knowing, hearing and obeying God desperately important for leaders as they attempt to live out the qualities of godly leadership. Yet “simple” obedience to the Almighty God is always and inevitably a lifelong struggle – made ever more challenging by the current realities of the modern world.