I Work for Jesus, but I Still Wonder if He Really Loves Me 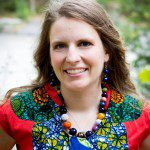 The rain was pounding down outside. It was a year ago and I was sitting on the couch with my cup of coffee, my phone, computer, and crutches. I was frustrated.

Our family had planned to head to a renewal conference. We’d been planning it for most of the year, and I had just learned that I would be in the mountains of Switzerland on crutches with several fractures. A few months prior I had fallen running and broken my ankle and leg in several places. My frustration was huge, toward myself that I had injured myself, at the medical situation where I lived that had misdiagnosed and mismanaged, and at God.

It had been a hard three years on the field. I was tired and seeking rejuvenation and had decided to do what refreshes me: go running. I was in a great rhythm and routine when I landed wrong. A few weeks of recovery had turned into a few months, and I was sitting on the couch in a non-weight bearing state trying to entertain my one-year-old and requesting medical consultations in a foreign country where I was supposed to go to relax.

What I had most desired was to feel God’s love, to meet Him anew, and instead I felt too dry to even seek Him. Our family went to Switzerland and the conference was as I feared, deeply frustrating for me as I hobbled around on crutches, unable to even carry my food to the table let alone my child.

This lie I had come to believe had taken root slowly, over the year, but it was deeply rooted. As I sat in the beautiful Swiss Alps unable to hike or walk them, this question brought me to angry tears. At the core of my being I had begun to believe a lie about God’s character. Instead of looking for His love in each situation, I had come to the place where without realizing it I was “bracing” for what was next.

It came out clearly when I tried to narrate the story of these past six years. “Of course my son had to be medevac-ed out of South Sudan just a few months after my girls had. Of course I had been molested in North Africa when my husband was out of the country, of course this past year my newborn was near death and on life support the same month we had to grieve the loss of our firstborn ten years ago. Of course I had to hear loud explosions and fighting while I was chatting with my husband in South Sudan. Of course that dog bit me while I was running in hopes of rejuvenating and praying. And of course I landed wrong and broke my ankle and lived in a land where it was not correctly caught or treated for months … of course.”

Each narrative could have been told a different way. Of course God protected the kids from the trauma of that cab ride, of course God brought my husband back to me unharmed from South Sudan, of course my ankle was cared for well by friends near and far, of course God miraculously spared my daughter.

Without realizing it, over the years I had come to believe a lie about God’s character, His love for me, and who I am. Believing this lie meant that I could see the goodness of God at a cognitive level in each situation but I couldn’t embrace the goodness of God or believe His love for me in my heart. The lie that God doesn’t love me was silently keeping me prisoner. God’s love hadn’t looked over the years how I expected it to, and this failed unspoken expectation had opened a door for me to believe a lie about God’s very character.

It was a song at the conference that got my attention, a repetitive one that I tend to not enjoy as much. I was angrily sitting indoors. My crutches glared menacingly at me from the wall nearby. I suddenly realized that I had come to believe that God was not a Good Father who loved me. Perhaps you know the song “You’re a good good Father … it’s who You are and I’m loved by You.” Bitter tears streamed down my face as I was confronted with the realization that God did not feel loving or good to me at all. Just the opposite in fact.

Gently the Holy Spirit pressed a question into my own. He asked me if I was willing to trust His love without feeling it and to be obedient-tired. If I had to sum it up it would be this, “Be obedient-tired, Abuk, I may not take give you what you think you need but I love you. Release the lie you have come to believe about Me and have faith, faith that I see you, I love you, and that believing this while you are tired will increase your capacity and knowledge of Me.  My love for you is not rooted in only the things you see.”

Perhaps you can identify. Perhaps over the months, seasons, or years, you have, without realizing it, come to believe that God truly doesn’t love you, that He is stripping you of what you need. Perhaps you are living somewhere where you cannot do what you love, or where your children are struggling.

Perhaps it isn’t one thing, but rather a host of events and frustrations that occurred as you tried to rejuvenate on your own strength and had you questioning why each attempt was thwarted. Perhaps you are sitting there now at the end of yourself wondering how God could take from you what you most need to serve Him. Perhaps as you read this you feel a bit like I did sitting in the Swiss Alps with my crutches beside me. Perhaps you too feel unloved.

I never hiked the Swiss Alps, or rejuvenated in the great outdoors with my family. I left the conference as tired as I had arrived, but I left it aware of the lie I believed and knowing my next step was to take a courageous leap of faith to believe that God loved me even though He had sent me to Switzerland on crutches. That He loved me, not because He took away the pain or gave me joy but just because love is who He is. It is His character and His being, and sometimes He calls me to have faith to trust in His love even when my limited viewpoint seems to scream something else.

I still cannot run. I have some chronic pain issues and a nagging nerve injury that may or may not go away. My community of support has shifted and changed yet again but that conference in Switzerland where I was stuck inside on crutches was exactly what I needed to tackle the year of challenges ahead. I needed to confront the lie I had believed about God so I could rest in His goodness when things continued to be hard. It is as if somehow in recognizing that God’s love for me was a fact that couldn’t be changed by what I could see of my circumstances, my trust in God became greater than if He had taken the crutches away.

What about you? What is God whispering to you in the hard moments? What lies about Him need to be confronted so you can live in the tension of His goodness and the difficulties of this life? How do you battle your battle of faith in hard moments?