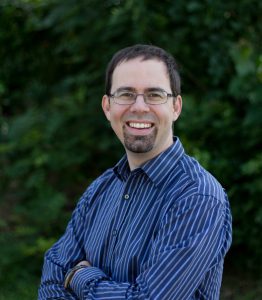 As an American living in the UK for the last six years, I have ample opportunity to appreciate that, despite shared history and plentiful similarities, our two cultures are clearly distinct. The truth of us being “two peoples separated by a common language” is readily apparent, but there are many other stereotypes that characterize us as undeniably different in posture and perspective.

The British have an incredible comfort with queueing (waiting in line). It’s said that even if no one else is around, a lone Brit will still manage to form a queue! “Queue jumping” (cutting in line) is a major cultural faux pas, which draws uncharacteristically audible tuts of disapproval from mainstream cultural adherents.

On the other hand, Americans are not generally known as patient people. Instant results and responses, fast-paced lives, demanding words, action-oriented, impulsive, hot-heads … waiting in line is not generally high on any American’s list of preferred ways of handling a situation.

Although I don’t think that the British comfort with queueing is a testimony to some sort of natural virtue of patience, this point of divergence does highlight a perspective that appears across many cultures, encapsulated in the dictum “lead, follow, or get out of the way.” We want things to happen; indeed, we often want to make things happen. While in the car the other day (in England, with a fellow American), frustration about the lack of traffic flow brought out this phrase: lead, follow, or get out of the way.

It really means: make a move ‒ one way or the other. Either initiate some action, get on board with what someone else is doing, or step aside and stop contributing to the bottleneck.

Upon reflection, I actually appreciated the categories mentioned in this pithy pronouncement.

It recognizes that there are a variety of contributions that can be made for the furtherance of the group endeavor (such as getting through a jammed-up roundabout). It doesn’t presume that everyone needs to lead nor does it disparage the value of following (someone’s made a hole, keep the line going!). And, it reveals that there truly is a difference between actually following (making a positive contribution) and just being there (getting in the way).

Leaders and followers both contribute influence; so both can be responsible for gumming up the works and preventing forward movement, actually harming the larger group effort.

There are two participatory roles in any organization or association: lead or follow. And then there is the category of “leaders” or “followers” who are actually just making everyone else’s lives more difficult by getting in the way.

Whether it’s a hesitating driver or a daydreaming queue-stander, I suspect that British and American participants alike would appreciate everyone involved to either lead, follow, or get out of the way.

Because, if you’re a member of the community, a component of the environment, then you can’t simply abstain from all activity and expect that it doesn’t make any difference to everyone else. Whether it’s taking up space, time, or resources, or becoming a black hole of responsibilities, or a bottleneck for decisions or processing, you are in a slot and negligence means that the whole system, the whole group, is impacted.

And so we meet the perspective: lead, follow, or get out of the way. Do what you’re here to do, or else remove yourself from the environment and let the group reconfigure itself so that everyone else can keep moving forward.

Presence is meaningless without participation.

Now, we can certainly misread the situation and freely toss about our impatience through such mandates as “lead, follow, or get out of the way.” Perhaps there is help needed (a broken-down vehicle, a lost driver), where a temporary investment of coming alongside the obstruction and offering assistance may once again enable positive contribution.

The safest approach, then, is not to hurl these expectations at others, but rather to use them as a standard for ourselves. Which position am I in? Am I leading? Am I following? Or am I the one who is actually getting in the way?

And if I’m getting in the way, then I need to determine why. Do I need some sort of direction (knowledge) or support (affirmation) in order to continue? Am I unclear about what’s happening? Am I unable to do what’s necessary? Is there a lack of communication, trust, or relationship that’s holding me back from engaging and facilitating (rather than hindering) the group endeavor?

If a cause can be determined, it can be addressed. And if a cause for my obstructionist impact can’t be acknowledged, then I may need to bow out ‒ at least temporarily ‒ in order to figure things out so that I can communicate about the help that I need in order to get back into the mix, or else to possibly move elsewhere.

There are two equally good and important options for engagement: lead or follow. Am I doing one of those, or do I need to get out of the way?