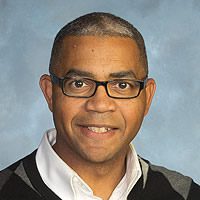 Something felt, well, wrong about the whole thing. I had gone to him for advice, some professorial counsel about choices that lay before me, as I was nearly finished with my graduate studies. I had options, six options to be exact.

And people who have had the fortune of finding themselves with more than one good option know the stress that such fortune comes with – it’s like standing in the summer sun with six popsicles. You can only take on one of these at a time before they begin to disappear in a drippy, gooey mess of delayed and missed opportunity. However, when I left his office that day, I had, well, a seventh option. The person I sought to gain some clarifying insight from for my future turned the conversation around on me.

His solution to my over-abundance of career options was to reduce them to one, the one HE needed help with. Artfully, he steered the conversation away from the six choices I entered his office with and moved his need for help to the top position. Then, the remainder of our half-hour appointment was consumed with his sales pitch as to why this was the superior choice!

I didn’t take the job. In fact, I took none of the six jobs I started with (but that’s another story for another time).

I know “good help is hard to find,” but his desperation for good help may have dampened his ordinary sensibility to practice hospitality, generosity, and very basic listening. His credibility, which drooped to “questionable,” caused me to ease away from him that day, marking the beginning of a fading relationship that seemed to have had so much more potential than was realized.

He NEEDED a protégé at the time I needed a mere mentoring moment. In fact, he needed a wage laborer at a time when I needed the helping hand of counsel and concern. The reservoir of experience he stored up – a massive body of insight, when I would have been refreshed by even a tiny sip – clogged up on me when I needed it most. It clogged with his own need to advance his agenda. And for me, it set up a conflicting way of being around him.

I no longer trusted that his interest was “disinterested.” Disinterested is not the same as “uninterested.” Instead, it means a kind of altruistic interest for the good of others, and does not act to accrue benefits back to itself. It’s the difference between someone who “loves you” and someone who loves what you do for them.

Years later, when sharing this story with a couple of friends seated around flickering campfire light in the chilly Shenandoah Mountains, an uneasy silence ensued in the conversation, a silence only punctuated by the clickety pizzicato of crickets in the night. It seems two of my buddies had the EXACT same experience with the same professor, each in different years after I had been long-gone from that academic community. It seems that was his way of finding the help he needed.

I do not want to say that what happened that day is morally wrong, or that some ethical line was crossed – it was not. It just was not in the interest of a would-be protégé, nor exemplary of the wise, disinterested mentors we have known and aspired to find or become in every mentoring story in history, literature, and contemporary experience.

I think I might have enjoyed the conversation more if he had made an appointment with me and offered, “Hey, I have an opportunity I want to discuss with you … even though I know you might have other offers. I want to toss my hat in the ring … because good help is hard to find.” That, I could have understood and respected.

Mentors, you must know this:

Protégés do not exist for you.

Rehearse to yourself on those days when you want to send up an S.O.S. “Protégés do not exist for you.” You do not become a mentor by “acquiring” protégés and their attention, or dependence or adulation or anything. You, secure in your commitment to invest in others, are at your best when you swallow your need (or at least place it on hold until you can get time with YOUR mentor, or therapist, or pastor, or whomever you search out for developmental support) and make it all about them.

As it relates to support and needs, let the balance fall on the side of the protégé.