There are 500 cities in the world with a population exceeding one million people.

YWAM has a ministry presence in about 134 of them. We know that God is calling us to greatly expand our outreach with hundreds of thousands of workers throughout the world. But we have to ask ourselves how we can we go about doing that.

This brings up two thoughts that I have been praying about.

A 2007 YWAM document showed that there were 854 YWAM locations in the world, of which to the best of my knowledge 623 were single ministry locations. Just because there is one strong base of operations in a city does not mean we are reaching that city – especially when the city has more than one million people.

We should have multiple ministry bases/teams in cities over a million rather than being content with just one base, as is often the case. Christian outreach ministries have room to multiply within the cities over one million where we are already located.

Let’s not just think decentralization above the base level but let’s think about multiplying our presence by decentralizing and multiplying into other parts of the city where we are already located. Let me tell you why and how we can do that.

In the New Testament the Apostle Paul addresses the church at Corinth and the church at Ephesus not as single locations, but as house-churches spread across the city. We observe multiple locations within a single urban center. When we think of cities like Tokyo, can we really limit this Super Giant city of 37 million to one or even ten ministry locations?

A city like Tokyo, London, Moscow or any city over one million people is going to need a multi-sited presence. And the individual sites cannot be independent from one another, but they must be interdependent. That interdependent presence will be focused in the various neighborhoods, people-groups, sectors and opportunities for ministry that the city provides.

We don’t call anyone of them “the base” as the Metroplex of the Bay area is our base. We are not disconnected from one another. We are interdependent, apostolic, missional-focused teams in eight different locations, forming a circle of ministries that relate to one another.

One location is focusing on the unreached people-group of the Afghans while another team is focusing on mentoring Asian Christians employed by the many software giants in the area. We are training them how to do personal evangelism with their non-Christian Asian colleagues without violating their company policies and for the purpose of starting small house-churches.

Each location has its own focus. We have just eight locations now but want to expand to 16, then 32 and then 64. Sixty-four locations in the San Francisco Bay area is a drop in the bucket. But those 64 locations could easily comprise a staff of 600 and beyond.

Our being in so many locations in one area has necessitated learning how to build community, accountability and eldership among these many locations. A community builds this way naturally when it has just one location but it becomes more of a challenge to build and maintain a cohesive community when the work is composed of so many parts. When we begin to multiply in one city we do not want to see autonomy and independence but interdependence and eldership that makes all of the operations just one body in that location. 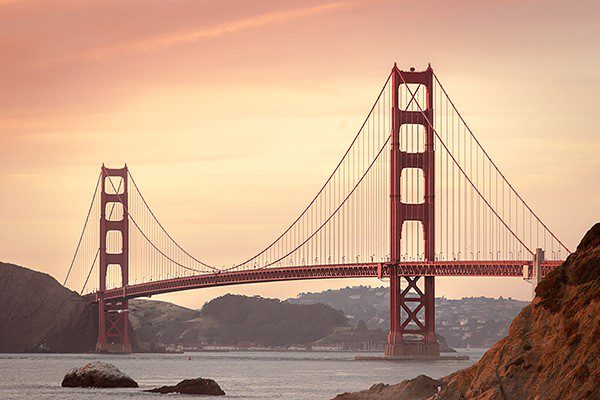 YWAM in the San Francisco Bay Area is operating from eight locations,
with the vision to multiply to 16, 32, 64 and so on.

“KISS” – Keep It Simple and Small – is a principle that can help us to multiply. Leading a base of 30 to 50 staff is a huge administrative undertaking that requires lots of management skills; leading a team that is focused on a particular area of the city, whether a neighborhood, a people-group, a sector of society or a training program, is much easier. When we see the city as “our base” and our teams as decentralized departments throughout the length and breadth of the city, we can easily multiply and release leaders who have greater ownership without being disconnected from the bigger picture.

Darlene Cunningham of YWAM brought us a word out of 2 Kings 4:3 at one of our North American gatherings. In this passage Elisha the prophet asks the widow, “How can I help you? What do you have in your house?” All she had was a little oil and Elisha directed her to go around to her neighbors to collect empty jars. He told her, “Don’t ask for just a few.”

First of all, we have over 40,000 urban locations in the world and YWAM is in just over 800 of them. We can start asking God to multiply us to where we are not.

Secondly, we have large YWAM bases in some of the major cities of the world that may be on the outside of the city or in its borders and we can multiply our presence from one location in one city to many locations within that city.

How much larger can your base of ministry operations become? If you just limit yourselves to adding more buildings to your present location you will eventually run out of land. If you start thinking about multiplying from one site to multiple sites in one city the possibilities are much larger.

Elisha replied to her, “How can I help you? Tell me, what do you have in your house?”

Your servant has nothing there at all,” she said, “except a little oil.”

Let’s bring to God the empty jars that are around us – those empty places within our cities that need a multiplication of effective ministries, as well as cities that we are yet to pioneer.

Do you want to talk about reaching cities? Let’s talk. Join a discussion here with your comments!