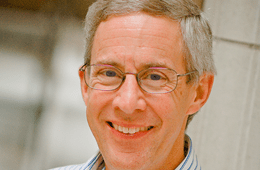 Going to the beach was an annual event when I was growing up. With each passing year, I was given more freedom, from splashing in ankle-deep water to venturing a little further out while staying close to my parents to eventually having full independence. It was in those later years that I learned an important lesson about rip currents and leadership.

I loved being in the deeper water, where my feet barely touched and the breakers were bigger. After an hour of fun, I would look up and realize how far I had drifted down the beach. Even though I thought I had stayed in place, an unseen, powerful current had steadily pulled me far away. Fortunately, my family’s collection of chairs and towels gave me a marker to use in navigating my way back.

Leaders are constantly dealing with their own version of rip currents – unseen, powerful forces that will pull them away from where God is leading them and their church or ministry. The force may be direct opposition that comes from within or outside the organization. Or it may be the subtler temptation to take the easy path.

Just like the currents at the beach, you may not be able to control those forces, but you can respond to them wisely in three ways:

What are the rip currents you’re facing? How do you need to respond?