The Strategic Nature of Cities and the Unreached at Our Doorstep

The Unreached at Our Doorstep

I was recently in Minneapolis helping the local YWAM base on the outskirts of the city to start thinking together with them about how they could multiply ministry sites within the Minneapolis /St. Paul twin city area. 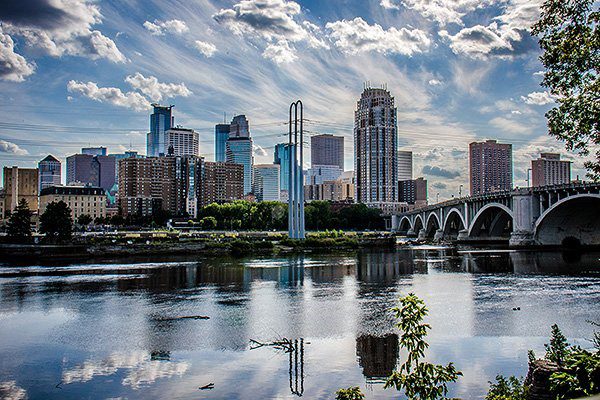 Minneapolis is a cold Northern city that logically would not attract immigrants from warm climate countries. 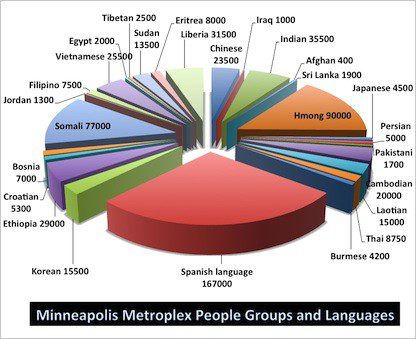 Again looking at the pie chart above we need to ask the question: What are the missions efforts that are needed in such a key locations? As YWAM Minneapolis begins pondering their location, they are starting to realize that one base for the city is not enough and not even relevant to the needs that God has brought to their doorstep. God is bringing the fields of harvest to our doorstep.

What about more “typical” destinations for immigrants, like Berlin, Copenhagen, London, Durban, Moscow, Sydney and a host of other cities in the western world where immigrants are pouring in by the thousands? The United States, Russia, Germany, Saudi Arabia, United Arab Emirates, United Kingdom, France, Canada, Australia and Spain are the largest immigrant receiving nations in that order. The flow of migrants worldwide is changing the demographics for missions.

Ray Bakke, an urban missiologist has said there are three engines driving the world today: Urbanization, Globalization and Asianization.

Not only is the world moving to cities but some of the key unreached people groups are now within cities where churches already are. And this is not just true in the western world. There are large migrant flows into cities all over the world. Seemingly mono-ethnic, mono-language cities like Chennai in Tamil Nadu, India have large populations of non Tamil-speaking, unreached people such as the Jains. The same could be said for Italy where there is a large population of North African Muslims, within the shadows of the spires of many churches.

As Dr. Bakke points out, England once ruled 52 nations and today all 52 of those nations are now found in London. He calls it “the empire strikes back syndrome.” We also see the same in how once Holland ruled Indonesia and now Indonesians are in Holland, how Germany once built a railroad to Turkey and now more than 2 million Turks live in Germany and how France once ruled in Africa and now Paris is teeming with Africans.

Our Western YWAM bases have had the right emphasis on sending missionaries into the 10/40 window, but in the last 20 years the 10/40 Window got wheels and has moved into cities like London, Berlin, Perth, Chicago and other cities around the world.

With the influx of refugees from war-torn nations and those seeking political asylum, along with students and others pursuing economic opportunity we see more and more that the mission field is coming to us. Moreover many of these are visitors who will return to their countries. This is a wide open opportunity for reaching the nations.

We must work at a strategy in which international outreach ministries – those on the frontiers and in the remote places – can partner with those working in the home front. Now the home front is becoming a field with a ready harvest of millions of immigrants and students who are open to hear the gospel. Many of these would not be open in their own homes, where it is punishable by death to preach about Jesus. But they have come away from those places and they are here, and many of them are more than ready for harvest.

Mission ministries that have had a focus on the China mainland should be seeking to reach the Chinese who are here. Others who have expertise in reaching the Arab world now have wide open opportunities in major urban areas to reach these increasingly mobile people groups. Whether it is Korea, or Papua New Guinea, or Somalia or Iran, or China – those who have been traveling far away should partner with those working in Minneapolis for example, working together for the evangelization of our cities and unreached people groups with those cities.

The target peoples are now here among us. Ministries that have focused in the past on reaching people groups on the frontiers must consider the reality that the distant cultures are no longer geographically distant. The remote frontiers are now relocating in major urban centers. This is a reality that we must consider on every continent.

On the one hand missions that have focused on distant frontiers must multiply their presence in cities. Meanwhile, those ministries with an urban emphasis must pay more attention to the frontier peoples in their cities. Let’s see how much we need one another, so our circles overlap and infect each other with our specialties.

Take a look at the cities in your region and your area and let’s dream together of how we can pioneer new long term presences that engage the unreached people groups that are in our cities. Our cities have become ripe fields for connecting with people groups that were formerly at the ends of the earth.