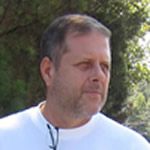 By definition, leaders have too many responsibilities on their plate. This is what distinguishes leaders from non-leaders – the ability to think it through and then act. And the courage to do so. Leaders execute. This is the fundamental nature of leadership. This is the core willingness of the leader. This takes courage. So trust [...]

The book of Acts describes the amazing story of Jesus’ work through the Holy Spirit in the early church. With an explosive start, problems were certain to surface. And they did. In the first example of internal dissension the Apostles displayed great leadership. The church had grown so rapidly that some of the widows were being [...]