The Critical Importance of Reaching the Unreached 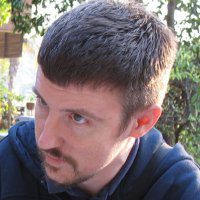 Over many decades, missionary researchers have developed terms which describe the Gospel need of the various people groups.

We know the ultimate goal is for people to become reproducing disciples of Christ. But in order for that to happen, people need to hear the Gospel to begin with (Romans 10:14). Two terms have been used to measure this: “unreached” and “unevangelized.”

“Unreached,” on the other hand, is a sort of on/off measurement for people groups. The group, as a whole, either is or is not reached.

In other words, are there “insider” or “local” or “same-culture” Christians who can witness to their neighbors? A local witness is always more effective than a cross-cultural one, because the local witness understands the language and the culture, having grown up in it. How many locals are required to call a group “reached” is a matter of some debate, but generally researchers and practitioners agree it is somewhere around the two to five percent Christian mark.

There is a sound strategic reason for focusing on the idea of “unreached” rather than “unevangelized” or “non-Christian”: within any people group, the population is constantly growing. There are babies being born every minute. Today’s workers can’t reach the children who will be born two or three or four decades from now. Instead, to reach the unevangelized of today and tomorrow we focus on “reaching the group” – by planting a church that will endure, and will reach this generation and all of the future generations that will be born.

Once that church has been planted and nurtured to the point where it can care for the people group without missionary assistance, then it’s time for the limited missionary resources to be largely redirected to other groups that are not yet reached.

That can happen even before every last “unevangelized” soul has been evangelized. The end of the cross-cultural missionary task is not when all have heard the Gospel, but rather when the task of evangelization no longer needs to be cross-cultural.

How much should our church missions projects be directed at evangelism and how much should they be devoted to building indigenous leaders?

How can we involve the members of our churches in profitable and useful missions efforts that will effectively enable the unreached to become “reached”?

How can we move toward building leaders among the unreached who will train their own people to do the evangelizing within their own culture?