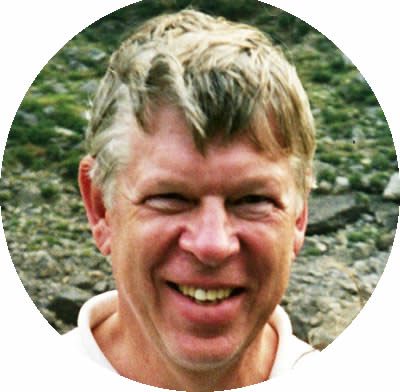 The Seed Company (TSC) was an idea twenty years ago to make God’s Word available to one billion people in their heart language. Peter Ochs, the founding chairman, stared at an enormous challenge of giving access to the Bible in the heart languages of a billion people. How was this culture formed? In the following, Peter Ochs shares what it takes to become a highly adaptive organization, ready to confront a rapidly changing world. TSC’s culture of innovation continues to accelerate the process of Bible translation, helping it to raise $20 million in support every year.

I want to share some thoughts with you about something called the “learning organization.”

The diagram below is called an “S” curve. It can be the curve of an idea, a product, an organization, a person’s life… a lot of different things. 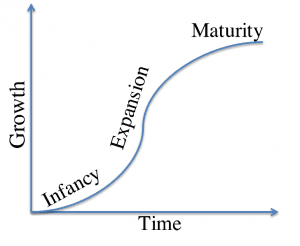 Figure 1 – S-Curve illustration of a transition in an organization.

From the infancy stage you always go through a messy period. Will it work, won’t it work? How do we organize to get it done? Is somebody else doing it? Can you make it work for a reasonable price? A lot of things die at that point; they never make it through that transition.

Those that do make it through the transition start the next part of the curve. This can be a long cycle like Coca-Cola or a short cycle like a microprocessor chip. But the S-curve shows the growth and profitability and expansion of the idea, product, etc.

When the transition hits the maturity point in the S-curve, the organization can then try different tactics to try to extend the cycle. But if the transition stays in the maturity phase for too long, it will ultimately start to decline. A lot of effort in organizations is spent on extending this curve, trying to make the curve go up more before it starts to top out. Eventually, however, it will have to top out.

The challenge for organizations isn’t to extend the curve, but rather to figure out what the next curve should be, and then the next, which becomes successive generations of ideas or products or paradigms or forms of organizations 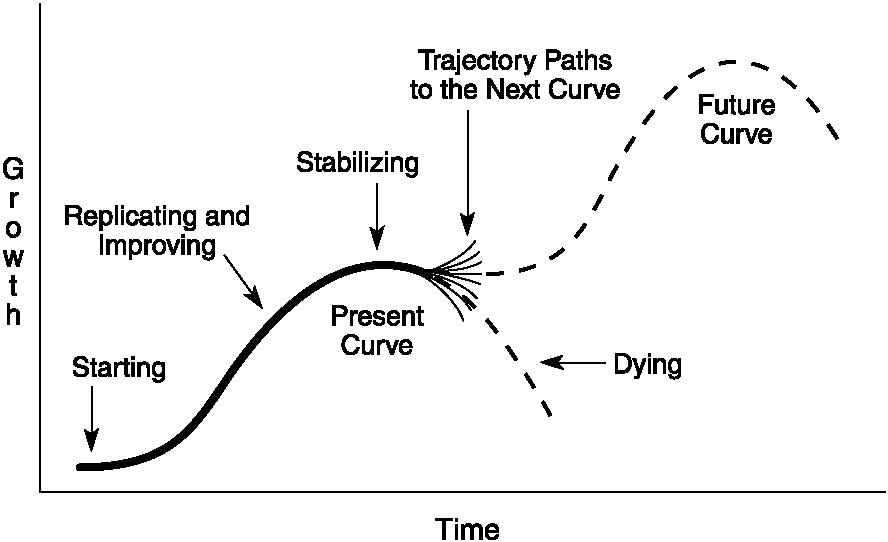 Figure 2 – Illustration of the difference between extending the transition’s curve, and figuring out what the next curve is. Extension of the curve merely prolongs its death, whereas moving to the next transition is more growth over time.

This tends to be the messiest period of all as the organization is transitioning; it’s not always clear what’s going to work. There will always be many people at this point who will say, “Hey, look at how successful the old one has been. Why do this at all?” Because they’re looking backwards, they don’t know what’s coming. It will be tempting to try to extend the transition curve rather than thinking ahead.

Organizational theory tells you that the time to transition is … always.

If you wait until a transition starts to happen, you’re too late. By the time you go through a transition, you have already hit a decline. That is a problem.

Let’s see how this concept applies to different types of organizations by looking back at organizations before the Industrial Revolution in Western society. The typical organization was a craft guild, which was typically how we organized to get things done back then.

A craft organization was marked oftentimes by one person or very small organizations that manufactured by hand, not by mass production. Often they were organized into guilds which set prices and stifled competition. If you could afford it, you bought it, and if not, no problem. Over time that began to change.

There are a lot of indications in businesses today that we are going to move from a manufacturing organization to a new S-curve – what some are calling the learning organization.

It’s still in the messy stage. People are in the process of trying to figure it out.

Here is an example: Typically at Wal-Mart an inexpensive iron is $10. The cost of actually making the product is $1-2. An iron 20 years ago was more expensive and the manufacturing content was vastly higher. If it’s costing only a $1-2 to make it and they sell it for $10, does that mean they make $8 of profit? No, the profit margins aren’t necessarily dramatically different. So, where is the cost? It’s in networking.

Networking has gotten so extreme that at least one major American corporation, Sara Lee (the baker), doesn’t bake anything. They have out-sourced all of their manufacturing. They outsource product orders to specialized bakers, packagers, and distributors. These types of companies are becoming learning organizations.

Learning organizations are marked by being:

The Seed Company is in the process of trying to shift to a learning organization. It is really hard work because you have so many ingrained ways of doing things that you have to shift. You must get outside people to help you think it through because you are mentally locked into a certain way of thinking.

What marks a learning organization is an ability to handle complexity. Some would say chaos – extremely rapid change (e.g., a very fast-moving marketplace) and customer/client orientation. Now this pertains whether we are non-profit or for-profit, whether we are a Christian or secular organization, whether we are local or international.

One of the hallmarks of the learning organization is that the company has to be value-based, and value-managed. Experts in management science have found that only this kind of an organization is flexible enough to be able to respond to the changing environment.

Historically, General Motors, U.S. Steel, and other big, American corporations had no clear statement of what their values were. And if they did, they didn’t overlay those values onto how the company was run.

When you move to a set of core values that guide how the company is to be run, you move away from the centralized hierarchical way of running a company. That makes it possible to start running the organization differently.

An example of a very successful American, multi-billion dollar company that made that transition is Johnson & Johnson. The CEO spent 40% of all his time talking to the people internally about the values and vision of the company – not making decisions or having meetings or being the general of the army. He was just talking to the troops about their values. In doing that the company was so infused with these values that they could decentralize decision-making, they could change the whole way decisions got made. In actuality, they could make much more effective and much more rapid decisions. Therefore the company could respond much more readily to marketplace issues.

The great story of Johnson & Johnson is how quickly they took a huge product, Tylenol, off the shelves when cyanide (a poison) was discovered in them, and how they came out of a situation that could have been a terrible black eye on the company into an enormous gold star. Regardless of the cost (estimated at $100 million), they did whatever they had to do to make the product safe for the consumer. They already had values established that talked about the importance of product safety, responsibility, and what was best for the consumer.

A high level of trust must be growing and developing throughout the company. High-competence culture has to be able to handle chaos or complexity comfortably and not be stymied by it – to almost embrace it.

The required critical skills for individuals in the organization are:

We know from Ecclesiastes that no man knows the future. So what can we do? You can prepare yourself so that when the future occurs, when the future becomes the present, you are ready to act under any circumstances. How is that achieved?

You develop character. Character is what each individual needs in order to deal with issues as they emerge. You do it by soaking yourself in God’s Word. You do it by personal disciplines. Strong qualities of character are necessary in order to successfully handle challenges that arise from inevitable change. Change is coming – how will an individual address it?

An organization can do the same thing by generating these same kinds of critical skills. As the future occurs, as things emerge, as tomorrow one country goes into revolution and all the missionaries are kicked out, and another country opens up that everyone said was going to be closed for 50 years, you can react very quickly because you have already created the kind of organization that is able to respond through the creative team that is constantly learning and listening ready to move at the most opportune time.

We want to be a learning organization at The Seed Company, to capture the opportunities in this rapidly changing and extremely dynamic world in which we operate.