Three Things I Realized About Change 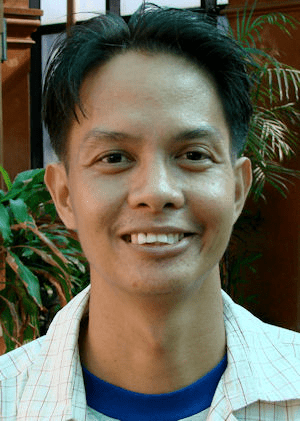 I realized recently that there is something constant about change – change happens constantly.

Let me explain. Exactly five years ago, I was in a situation where I had to make critical life decisions, very similar to where I am right now. I remember wishing for that magical dagger I could use to bring me back to certain points in my life, especially during those times when I had to make a difficult decision – most especially when I made a wrong decision. Let’s just say this was my almost comical, yet fantasy-filled wishful response after watching “The Prince of Persia,” the movie my wife and I watched just before the start of the new school year five years ago. The truth is, just as I was then, I am still really wishing for that dagger, simply because after five years nothing has changed. Due to many changes in our lives, we have to make difficult decisions right now.

In 2010, many changes – big or small, whether we wanted them or not – affected us in so many ways. For example, my father’s passing away unexpectedly; team members returning to their own country for good; my sister’s plan to get married and live in the US for good which would mean that my mom would live on her own; Lois, my eldest, becoming a teen-ager and a high school neophyte; our rented apartment contract expiring in a couple of months.

Questions hounded me all day long and even when it was time to rest at night. Should we transfer to a new house? Where would my daughter get her secondary education? Could we still handle the ministry now that we had fewer workers than before? Whom should I put in charge of our major ministries?

Honestly, I was just afraid – afraid to make a bad decision. The “what ifs” clogged my mind.

What if the owner did not renew his contract with us and we couldn’t find a new house to rent – where would we live? What if the person I tapped as the new ministry leader was not really capable? What if the new project we just started was not part of God’s direction for our team?

I just wanted to do it perfectly.

I was reminded then of God’s call to Abraham (Gen. 12).  He was still known as Abram when he was called to leave his country and go to a land that God would show him. How difficult that change and decision must have been for Abraham. It wasn’t easy to leave his hometown and go to a new place he had no knowledge of yet because God would only show him where as he obeyed and went.

But the Bible didn’t mention any “magic dagger” in Abraham’s possession.

Actually he had a dagger – the one he would have used when God asked him to offer up Isaac to Him.  But he never got to use it because he had something way better than any dagger. That was his faith in His God.

During the course of his life, filled with many changes and challenges, Abraham made many mistakes. What made him succeed is that he kept on moving forward, not letting the setbacks and challenges hinder him from reaching his goals.

I realized that I don’t have to go back to the past to change my mistakes.

I just have to keep moving forward. Yes, I will make mistakes (and I need to learn from them), but the Word of God assures me that “in all things God works for the good of those who love Him, who have been called according to His purpose (Rom. 8:28). He will also show me His direction as I seek Him and follow Him in faith, just like when Abraham obeyed Him and left his country – He showed Abraham where to go as he went.

I realized that since change is constant, I will never be able to do it perfectly.

I will make mistakes along the way. Many times I will fall flat on my face just like I have experienced many times in the past. The good news is that God will always be there. He promised to be with us until the end of the age. He will never leave us nor forsake us. God corrects and rebukes us, but He also encourages and strengthens us so we can continue on the journey He has called us to undertake.

Changes and decisions will always be a part of our lives – but with God leading the way what else do we need? What are we afraid of? Truly, the Apostle Paul was perfectly right when he said, “If God is for us, who can be against us? No, in all these things we are more than conquerors through Him who loved us” (Rom. 8:31, 37)