What Motivates Your Servant Leadership? 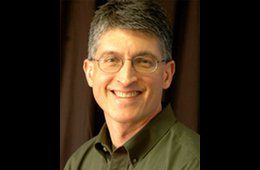 The Church once owned the concept of servant leadership. When I say owned, I mean the Church defined and demonstrated what it meant to be a servant leader. Throughout its history, the Church transformed societies by leading as servants. We are now witnessing a reversal of this trend.

For its part, the world has done what the world does. As it has with so many Christian concepts, it has pirated and twisted the meaning and application of servant leadership. Make no mistake about it, the world’s definition and demonstration differ greatly from that of the Bible.

The purpose of this article is not to prove that point, but to explore how you think about servant leadership. However, I will offer one example of how the world and the Bible differ in both definition and demonstration.

In the kingdom of God, the Ultimate Leader genuinely humbled Himself unto death (Philippians 2:8). He subsequently commanded His followers to do the same (John 20:21). In the world, all things are ultimately motivated and constrained by the potential for greater profit.

The contrast between the world’s ways and those of God’s Kingdom should not surprise us. Jesus came to establish a Kingdom contrary to the world in every way. He is building His Church as a counter-culture (i.e., not sub-culture) to the kingdoms of this world. Jesus Christ’s Church is His catalyst for transformation.

What has happened to us?

As it has with so much of the world’s manners and methods, the Church is in danger of adopting a carnal definition and demonstration of servant leadership. This is no small matter; for when we do, we deny the heart, character and command of Jesus Christ.

Some might argue the immunity of church leaders to the world’s temptations regarding leadership. My response:  Let’s not be so naïve to ignore our misguided desires for increased attendance, giving and recognition; or our mind’s tendency to ignore the connection between “servant” and “sacrifice.” We are human, after all.

Only the purest among us have conquered these temptations. The wise rigorously guard against the dangers of such carnal influences on their leadership style, message and ministry. I hope the exercise that follows will help in that regard.

Here are a few questions that should help you explore your servant leadership mindset. This is not intended as a self-assessment exercise. Instead, use them as conversation topics with the Father. He loves talking with His children.

Search me, O God, and know my heart;

Try me, and know my anxieties;

And see if there is any wicked way in me,

1. Why is servant leadership such a popular notion in the world? What are the incentives? (There may be more than the one listed.)

2. Could any secular, humanistic organization practice servant leadership with the same motivation as Jesus?

4. Is Jesus’ brand of servant leadership the same as the world’s – in any way?

5. Where does Jesus’ concept of servant leadership lead?

6. Has the church, in general, adopted the world’s concept of servant leadership? How (i.e., make a list)?

7. Have any of these found their way into your ministry?

Let me remind you: The mind is a trickster. It wants to set itself on things below and above. This is double-mindedness. The mind must be renewed. This is the Holy Spirit’s work, but we must be diligent and uncompromising participants.

The definition of “repentance” is “a change of mind.” Perhaps we need to change our minds about servant leadership. I believe that is something the Father, Son and Holy Spirit would be pleased to bless.