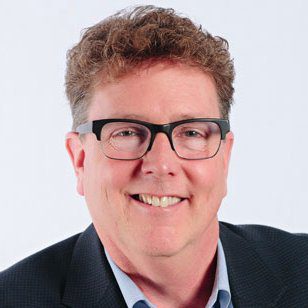 While on a flight home from California, I watched the movie, “Three Billboards Outside of Ebbing, Missouri.” It’s an award-winning film about a hurting woman who takes on the local police, who’ve failed to locate the criminal who’s assaulted and murdered her daughter. In the midst of the story, viewers discover why she’s really upset over the tragedy. On the evening she lost her teen daughter, the two of them got into an argument. As they squabbled over who’d use the car that night, the daughter accused her mother of negligence, saying if she didn’t get the car, she might be assaulted and killed walking on the road at night. In a fit of rage, the mom replied, “I hope you are!”

In a moment of emotion and frustration, this mom forgot who she was. And she was unable to forgive herself. It’s a picture of what I see too often today.

Ready or Not, You Must Lead the Way

Whether we know it or not, we adults (parents, educators, coaches, employers, aunts and uncles) are viewed by students as leaders. We are older and expected to be wiser than students. They assume we can and should keep our head in tumultuous times. When we become volatile or react severely to situations, we send wrong cues to today’s younger generation. In my travels, I meet students who consistently tell me what adults have said or done to them. Sometimes, I get embarrassed at what adults have done. Sometimes, I see it firsthand. From time to time, high school or college students handle adversity or conflict better than we do. They are better able to problem-solve than some parents.

At 10:00 a.m., on March 14th, the “student walkout” occurred across our nation. For seventeen minutes, students stood on football fields, or in quads on their campus in memory of the 17 people that were killed at Stoneman-Douglas High School in Florida. Why? They don’t feel lawmakers are acting swiftly enough in response to gun violence at schools. While I fully respect the school districts who did not support the walkout, I also feel this was Generation Z’s way to raise awareness. Listening to NPR, I heard a student interview and was stopped in my tracks. The teen simply said:

I am a Baby Boomer. Demonstrations were common fifty years ago. You’d think we’d remember what it was like to want change; to not feel heard and to yearn to take action. To be honest, I think Generation Z is approaching this better than we did then.

This is not to say every protest in the 1960s was violent and disorganized. Many were also about peace and love. Further, today’s students enjoy the advantage of organizing efforts through social media, which we didn’t have fifty years ago. I just believe we’re moving forward in how students express their desire for social change, and I can only hope we will respond with wisdom and empathy. This walkout could have served as a marvelous conversation starter about social change in civics class.

Let’s Start with Our Words

I am continually reminded how I must be careful of what I say and how I say it. Each semester, our organization, Growing Leaders, hosts college interns. And every year, I am reminded at how much they watch and listen to what we say and do. At times, our words have more weight than the words of peers. My friend Andy Stanley said it best: “A leader’s words weigh a thousand pounds.” I would add, “And they travel a thousand miles” ‒ thanks to social media. This means, we must utter them carefully and wisely. We damage more than we know when we are reckless. We empower more than we know when we’re encouraging.

Let me leave you with a simple list of questions:

This article was originally posted here.