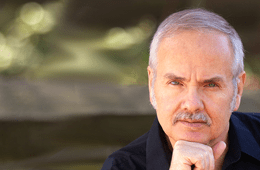 I have helped write two books in recent times, one of which is still in process.

The first, which will be self-published this fall, is by a doctor who writes about the parallels between the human body and the body of Christ. The other is the spiritual memoir of a friend I’ve helped with several previous books.

The latter has been especially enjoyable because when my friend started on his memoir last year, he didn’t think he could come up with more than a few chapters. Recently, he started on the tenth. It’s good enough that I suggested he consider entering it in the latest Writer’s Digest’s self–published books competition.

The thing both books have in common is they were done at a leisurely pace. I worked on the first for about 10 months before it went through a proofreading process. It’s been about eight months for the memoir, and I expect refining to take two to three months more. Then proofing will follow.

The reason for mentioning these projects is because I so often encounter the opposite with books. Especially from writers who develop a manuscript for two or three years and then ‒ suddenly ‒ they just have to get it into print.

This kind of irrational rush leads to mistakes, poor judgment, and frayed tempers. Leaders are especially susceptible here, thinking they must have their book done by a particular conference, significant anniversary, or other special occasion. My advice: wait until next year’s meeting.

A few years ago, I helped a pastor turn a three-part sermon series into a six-chapter book. As we were nearing the end, he mentioned encountering an associate at a national conference. The friend had self-published his testimony.

When the pastor asked the man how his book had turned out, he gave a hesitant “OK” before mumbling: “There’s a mistake on page one.”

As you might have guessed, this author just had to rush his book into print ‒ and has been regretting it ever since.

There’s a larger issue at play than making glaring mistakes because of a mad dash into print. This kind of frenetic-paced habit can reflect a stance that insists on going through life at the same 24/7 pace as the rest of the world. Not a good idea.

Whether you lead a church, a business or organization, the tone you set will be reflected among your members, employees or other followers. If you fail to set an example by resting for refreshing, renewal and recharging, others will imitate you. The result will be a burned-out, irritable, disloyal group of people.

I don’t speak as an expert, but a fellow sufferer. However, a recent development has forced me to reappraise my hard-charging, burning-the-candle at both ends habits.

An accidental fall at home just before Thanksgiving left me with a moderate concussion. I’m still in concussion therapy as I seek to overcome the effects.

Not only do I have to sleep longer, it takes me a full hour and three cups of coffee to wake up and rejoin the conscious world.

After years of hard work being able to fill gaps when they arise, I can’t work as hard and must be more efficient with my time.

I must also trust in God to help me. One example of how He has helped me comes from the recent article I wrote in less than an hour, when I expected it would take closer to two. Another is the more peaceful attitude I have developed about life in general.

While I don’t recommend anyone get kicked in the teeth so they can arrive at this place, it never hurts to be reminded that we are not in control. So, whatever you’re working on, it will help to develop a vision for rest. You’ll feel better and be more productive.