Jesus Christ saved me. God called me by His grace and though I was dead in my transgressions and sins, and though nothing in me wanted anything to do with Him, He interjected His Will over mine and won my heart forever. God’s grace went further still… I met my wife Angela at Texas A&M University where I studied Biology and she studied Marketing. We met, became fast friends, dated, broke up (she with me), dated (she came to her senses), and got married in 2002. After college and getting married, I got my masters in divinity from Southwestern Baptist Theological Seminary in Fort Worth and after graduating in 2005, started serving as the pastor of equipping at The Austin Stone. Our son Malachi was born in 2007, our daughter Evangeline (Evie) in 2009, and our third child is on the way in 2011. We hope to add a couple more kiddos through adoption after that… (always dreamed of a big family).

The Christian Life All Boils Down To This One Question – Video

Sometimes there can be confusion about what the Christian life is and isn’t. But really it all boils down to this one question. 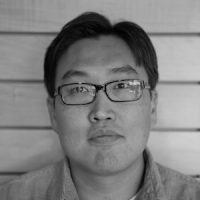