John Piper was born in Chattanooga, Tennessee, to Bill and Ruth Piper January 11, 1946. When John and his older sister were still small, the family moved to Greenville, South Carolina, where John spent his growing-up years. His father was an itinerant evangelist, and his mother died in 1974 in a bus accident while visiting Israel. In 1980, sensing an irresistible call of the Lord to preach, John became the senior pastor of Bethlehem Baptist Church in Minneapolis, Minnesota, where he ministered for almost 33 years. Desiring God began inauspiciously in 1994 when John handed off the church’s tape ministry to his assistant, Jon Bloom. What started with tapes and John’s books, Desiring God has blossomed into an international web ministry with 12,000+ free resources and 3.5+million monthly users. Today, John serves as lead teacher for the ministry.

What Should We Pray For?

The devil hates prayer. Our own flesh does not naturally love it. Therefore, it does not come full-born and complete and passionate from the womb of our heart. It takes ever renewed discipline. 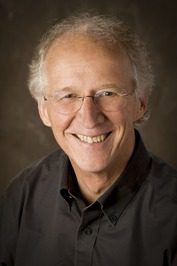