Steve came to Christ in early childhood having been raised in a Christ-centered home with parents who served 41 years with The Salvation Army. Steve and his wife of over 30 years, Nena, are blessed with three daughters, three sons-in-law, and eight grandchildren. Steve is a graduate of Friends University with a BA in Religion & Philosophy. Before devoting his life to China ministry, Steve worked as National Director of Mobilization for the Association of International Mission Services, then joined China Harvest in 1999. He has led mission teams to multiple nations, including 25 trips to China. He played a primary role coordinating teams from multiple nations and ministries related to the 2008 Beijing Olympics. He and Nena spent a year living in China while he studied the Chinese language. Steve relates well to mainland Chinese believers and Christian leaders all across China,  as well as expatriate missions mobilizers, China ministries, sending agencies, and churches from various countries. He networks these contacts on micro as well as macro levels for synergistic effectiveness, and is especially gifted in personal encouragement and counsel in an ongoing way that is deeply appreciated by leaders on the field. Many missionaries in China today are there as a result of Steve being the vessel for their calling, training, and ongoing mentoring. Churches and even entire organizations have been effectively mobilized through his influence. Chinese Christian leaders look to him for ongoing guidance and practical help, and some have attributed their perseverance in faith and ministry to Steve. A major emphasis has emerged in facilitating personal and relational healing as Chinese have shared these critical deficits in their families and marriages especially. Making his family home in Kansas but often traveling to China and elsewhere, Steve continues to advocate and mobilize for the cause of Christ, His servants, and those who have yet to hear His name in China and NK.

When Your Needle Hits Empty

“Come to me, all you who are weary and burdened, and I will give you rest.” Matt 11:28. Ministry hinges on leaders, but effective leaders are few and precious and many effective leaders fall. But before they fall, they burn out. 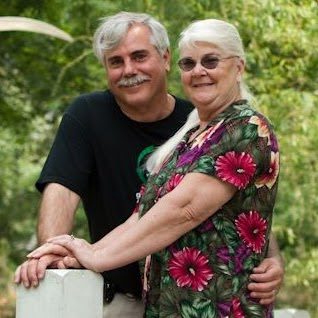