Daring to Be Vulnerable 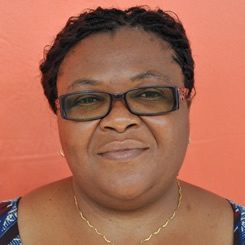 When people are facing extreme problems, their organizations often embody those same challenges.  The Coalition of Women Living with HIV and AIDS was one such agency. Having grown quickly, but haphazardly, it was on the brink of tearing itself apart. This is the story about the power of forgiveness to resolve conflict and bring positive change.

COWLHA was formed by and for HIV+ women in Malawi. As the only organization focused on women and girls, it grew rapidly across the three different regions of the country. They secured funding from international NGO donors. But unfortunately the structure did not keep pace with the growth in numbers. Tensions arose. Those in rural areas felt increasingly ignored by the powerful women from the capital city Lilongwe. The National Committee looked like it took all the decisions. Members felt funding was absorbed by this central body. Not much was reaching the women at the margins who needed it most. The donor became concerned. They quickly lost trust in the National Committee ‒ to the extent that they intended to bypass the national committee and just work with one of the regions.

I was asked to come in and see what could be done with the one region the donor was still interested in supporting. There were convincing reasons for ignoring the national committee in this process. The donor said: “They will derail things because they are the problem.” I interviewed the women and sat down and listened to the various committees. But it was clear that the situation would not be resolved by simply working with one part of the organization, one region. The problems needed resolving at the source. But how could this be done? There was a seemingly unbridgeable gap between the donor and the National Executive. There were increasing conflicts between the regions within COWLHA – people from the South felt like “the underdogs,” while those from the North felt like “the opposition.”

I convinced the different stakeholders to involve the whole organization in the feedback process. We ensured a good representation from all regions as well as the national committee at the workshop where I presented my findings I knew it was a make-or-break event. The first day was extremely tricky. Tensions and fears ran very high. Women felt extremely hurt on all sides. The participants from the National Committee kept silent. At one point when I asked for a response, the person simply said “Euro news.” When pressed as to what this meant, she said it meant “No comment.”

The situation only began to thaw when we started to look at their achievements. The Committee members suddenly broke their vow of silence, commenting excitedly “We never felt we had achieved anything. We felt we were nothing in the eyes of the donor.”

I took that opening as an opportunity. I told them a story from the Bible. Although COWLHA was not a faith-based organization, many of the women were Christians. I told them about the journey of the children of Israel from slavery in Egypt into the Promised Land. I highlighted the choice that the children of Israel were given. They only left Egypt when they were so dissatisfied with life in Egypt – the current situation was so unbearable they themselves took the decision to leave.

I then gave participants a chance to discuss and agree whether they were ready to go and start off afresh, to which they all agreed. But then to change, you cannot ignore what has brought you to this situation. I said: “If you really want to get to the desired future, we need to confess, talk about what unhelpful behaviors we were doing so that we can let go.” I split them into regional and stakeholder groups and encouraged people to be as open as possible, explaining we have to let go of the past to hold on to the future. I asked them how they had contributed to the gaps. But I had no idea what would happen next. I could only pray.

As the groups dispersed I was worried. The donor group was muttering, “There is no need for this.” The National Committee group looked angry.

But when they came back after discussing in their groups I was amazed by what had happened. This was the turning point. The donor started. They started sharing the things that they were sorry about. They did not point fingers, but just looked at themselves. This example provided the room for others to be open. All shared. People courageously confessed what they felt they did not do well and what they would do differently. Some were crying for what they had done wrong. People asked for forgiveness from each other and they gave it. They publically forgave the National Committee members. Trust began to return. People committed themselves to work together again.

After the emotional confession and forgiveness sessions, I posed the same question I asked earlier. “Are you ready to start your journey to Canaan?” Everybody agreed with such joy and anticipation. Only then were people ready to start rebuilding COWLHA as one body. This was just the beginning. In the months and years since then the journey has not always been smooth. But people keep returning to that session when they notice any inappropriate behaviors creeping back. It is like their own accountability measure.

So what did I learn?

I learned many things from this experience. For any intervention, especially emotionally charged ones, I have to trust that God is in control. So I now pray for every consultancy intervention I do. When I get an idea in the midst of a workshop, I find this is often God’s leading. I know people are more open to change when they feel accepted, not when they feel judged. I unashamedly use the Bible to provide illustrations and challenges. I know from first hand experience that if you use the knowledge you have and bring in God, it is a powerful combination.