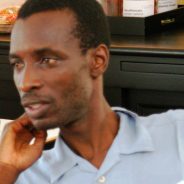 Our car had broken down. It was just before Christmas Day. Passers-by crowded around. The driver had just stopped briefly to buy something and now the vehicle refused to respond. It was a top-of-the-line Toyota. We opened the bonnet [hood] and tried fixing the battery but to no avail. It was getting late. We were in the middle of an isolated area. One passer-by called a nearby mechanic. But after examining the car, the mechanic did not hold out much hope. He said the best thing to do was to abandon the car and call someone from the nearest city 130 kilometers away.

Someone naively asked: “Have you checked the fuse?” The mechanic ignored him, saying the problem was more serious. But we encouraged him – after all there was nothing to lose. Amazingly, the mechanic found the problem right in the fuse-box. Within minutes the car was fixed.

What is the one thing that is making us get stuck as leaders or organizations?

Is it pride, ego, mistrust, poor communication, visionless leadership, or leadership style? Once we focus on that one thing, we may get moving again and reach our destination.