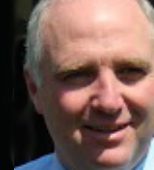 Drop a pebble in the stillest of ponds and you will create ripples all over the surface. Though leaders are responsible for maintaining peace, it is also their job to occasionally be the architects of plans that disrupt status quo and complacency. The first step toward enacting change is to strategically inform a few of the right people.

As opposed to being a leader who fears to listen to the kerplunk of a dropped rock when trying to introduce change, impatient leaders prefer the game of skipping stones. They do not mind perfunctory soft touches, just to cover their bases, but they have one agenda. They want to thrust their plan forward as quickly as possible with the least resistance or friction. With this method, they will probably only discover that their plan does not float and it may get too far out ever to recover.

A genuine change of a core culture is hard to pull off. In business and in ministry, the reality is that the vast majority of all start-ups fail. With that being true, the statement it is easier to give birth than to raise the dead only underscores how tough it is to negotiate real change in an existing structure.

Some new leaders, in the name of change, go through a whole lot of effort and conflict to merely imprint their own signature, but often it is just window-dressing. Re-arranging the deck furniture or slapping a new coat of paint on the hull is not a proper refitting. It could be just lipstick on an old pig.

Other leaders are so scared or confused by change that calm seems to be their only goal. After a particularly turbulent time for an organization, that might be a noble endeavor. It is, however, never a long-range strategy. Anything that is not moving forward is decaying under the water-line and time will ultimately reveal it.

If you want to effect change, consider these three reasons why you should first start by dropping a well-placed pebble in the pond.

1. The ripples will naturally and organically emanate from the surface to touch everyone that needs to be in the know.

Drop the dime on the key people and they will carry your message to the appropriate others just as naturally as ripples carry over the surface of a still pond.

2. The waves you generate will create valuable soundings.

Like water lapping back against the side of a vessel, the feedback from your trusted friends will better prepare you when you are eventually facing your enemies.

3. Once the surface is disrupted, it is easier to make the deep changes that matter.

As a leader, if you move too fast, too far, and too deep without enough groundswell support, it will just churn up a messy foam. You will start to imagine that your allies are your enemies and rather than being on the scoring side of the field, too much energy will be wasted on defense.

Leaders lead while managers maintain. If you have been blessed and entrusted with the position of captain, your boat better be in the water, making waves, and moving forward. Anyone can lead a ship while in dry dock. If God, however, has placed you at the helm, He has also equipped you with the internal compass to navigate forward and enough wind to keep the sails filled.