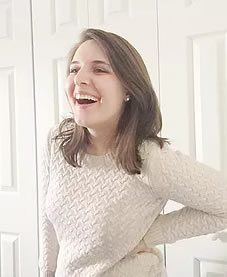 The most commonly heard of the biblical models for Christian leadership is servant leadership. Christians commonly use this phrase, especially in relation to vocational ministry work. We are encouraged to be servants and serve others as Christ did. While this is correct, this is only one of four models taught over the years. I have found that one of those other models ‒ steward leadership ‒ encompasses our biblical calling more fully.

The term “servant leader” originally came in the 1970’s. Robert Greenleaf published an essay titled “The Servant as Leader,” and it was there that he coined this phrase. It is the most frequently used out of the four models of leadership in which we are encouraged to lead by serving others. This idea pulls leaders back to working side-by-side with the people below them rather than leading afar from the top tier.

Steward leadership, on the other hand, came into use in 1987 by Dr. Robert Clinton, and functions as a more complete model for biblical leadership. From the beginning, God gave man the task of “having dominion” over the earth. (Gen 1:26) God tasked Adam and Eve with the duty of caring for His creation. Man has the innate responsibility of managing what has been given by God. A servant may in rare cases obtain the right of managing his or her owner’s possession, though that is not usual. The norm is the servant accomplishes tasks and assists the other person. Stewards gain more responsibility and authority to make decisions concerning the belongings of the owner.

The New Testament also expounds on the idea of steward leadership. In Matthew 25:14-30 Jesus tells the parable of the talents. Two men are put in charge of a portion of their owner’s talents. One turns around and hides the money, afraid of his master, while the other invests and doubles the money. In this parable, we have the perfect example of steward leadership. Both men had the responsibility of managing the owner’s possessions. They had authority of how to use those talents, a privilege that a servant does not necessarily have. The good steward led by taking charge of his position and, by that, doubling the possessions of the master. By telling this parable, Jesus showed the value of leading as a steward.

In addition, there is a difference in the motivation between the two models. Think about it for a second. A servant typically has no choice in the way to serve his or her master. There are tasks that need to be done and the servant does them. Granted, he or she has a choice over the attitude with which they do it as well as the quality of the work. Nevertheless, the duties and expectations generally stop there. A steward, on the other hand, not only serves and manages, but additionally can catch the vision. To best manage another’s property, the steward must understand the owner’s goals and visions. Only then can the steward truly accomplish the task of stewardship.

In talking about sharing the vision, we must start with the example of Christ. As Jesus paid the debt for us, He set His eyes on “the joy set before Him,” (Heb. 12:2) that of Heaven and residing at the Father’s right hand. As He did that Himself, He also spent His lifetime teaching His followers the vision of the Father. Even when He left the Earth, His parting words were tasking His followers with the Great Commission. Here, in Matthew 28:19-20, we are told to

… make disciples of all nations, baptizing them in the name of the Father and of the Son and of Holy Spirit, teaching them to observe all that (He) has commanded (us).

Paul writes after this that we are to “press on toward the goal to win the prize for which God has called (us) heavenward in Christ Jesus.” Therefore, as stewards being tasked with the Great Commission, we have the capability to catch sight of the vision for our lives given first by God. In conclusion, while there is nothing inaccurate with the servant leader model, capturing and acting upon the idea of steward leadership opens more avenues to better lead and live for God. It allows us to have a level of authority and responsibility while also puts us in the mindset of catching the Kingdom vision ‒ the end goal.