When God Says “No” 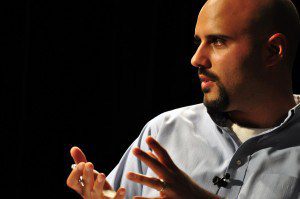 Jesus said that God hears our prayers with the ears of a loving Father who gives good things to His children. With this image of God in mind, we are to ask for what we need and desire. This has led some to incorrectly think God will grant whatever we ask. No caring parent ‒ earthly or heavenly ‒ always says “yes” to their child. Sometimes saying “no” is actually proof of their love, not its absence.

On a trip to New Delhi with my father many years ago, we were approached by a young boy on the street. He was rail thin, virtually naked, and his legs were stiff and contorted like a wire hanger twisted upon itself. He waddled on his hands and kneecaps over the broken pavement. The boy hounded us with his shouts. “One rupee, please! One rupee!” Finally, my father stopped.

“One rupee, sir,” the boy said. My father laughed.

“How about I give you five rupees?” he said. The boy’s countenance suddenly became defiant. He retracted his hand and sneered at us. He thought my father was joking; having a laugh at his expense. After all, no one would give five rupees when he only asked for one. The boy started shuffling away, mumbling curses under his breath. When he heard the jingle of the coins from my father’s pocket, however, the boy stopped and looked back over his shoulder. My father was holding out a five-rupee coin and placed it in the boy’s hand. Stunned, he didn’t move or say a word.

This, I imagine, is how our heavenly Father sees us ‒ as broken creatures in desperate need of His help, but rather than asking for what we truly need, rather than desiring what He is able and generously willing to give, we settle for lesser things. And when God graciously says “no” to our misled requests and instead offers us more, we reject Him. We turn away, cursing Him under our breath.

Always getting what we want is not evidence of a mature faith. In fact, it is precisely the opposite. A mature faith learns to trust God even when He says “no,” believing His purposes are more loving and His grace more abounding than we can imagine. When our Lord says “no” to our desires, it is because He loves us too much to say “yes.”

Reflect: There are times when a commitment to love and generosity actually means saying “no” to another’s request. Share a time when you benefited because you did not receive what you asked for. How should we evaluate which requests of us to grant and which to deny?

(Excerpt from Whole-Life Generosity Devotional, used with permission from GenerousChurch).