The Art of the Second Question 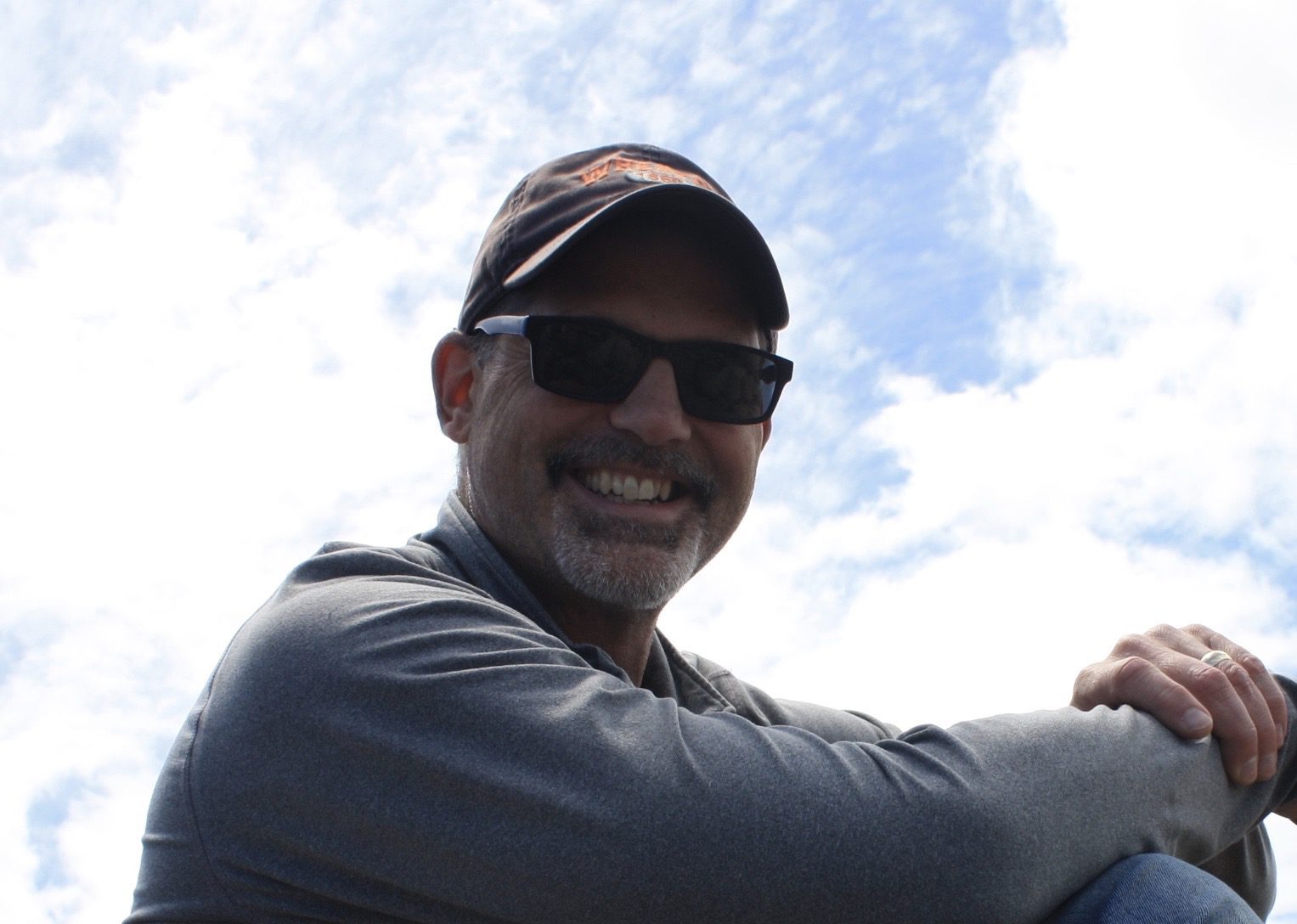 Biehl continues to write and speak on this topic. (https://bobbbiehl.com Asking Profound Questions booklet). His simple axiom from years ago spins in my head constantly. I recently exited a church service on Sunday morning and asked an acquaintance, “How was your week?” I attempted an open question rather than a quick “Good morning,” but he still managed to answer with a short response; “Good.” I followed with a second question, “What made the week good?” He paused and admitted he had never been asked that question. He took time to think and gave a heartfelt answer. We joked about how often we don’t engage such questions as it is much easier and socially acceptable to do the quick exchange of “How are you?” “Fine. And you?” “Fine, thanks,” after which we carry on with our struggles and joys, untouched and unaffected by human interaction.

In the highly Islamic context where my wife and I served for over twenty years, we were always asking second questions. Before Biehl was a thought on my radar I was keenly aware of the fact that a single answer rarely unveils the true state of being or understanding. I had thousands of conversations with Muslims asking them about their faith and imploring them to come to Jesus. Early in the ministry, I was surprised when in response to my inquiring if they knew Jesus, almost all people said, “Yes, I believe in Jesus!” What? My limited information about Islam and Mohammed had not given me a net to catch this one. I quickly realized I needed to ask a second question immediately after the first: “What do you believe about Jesus?” This question stemmed from my observation that what many people know and believe about Jesus is not always only incorrect but it is almost always incomplete.

Here are a few tips on how to reach deeper understanding and connection by asking that second question.

We must improve our listening skills. Pay attention to key words and phrases. We need to use our eyes in addition to our ears as we listen. Are people avoiding eye contact?  Are they communicating anything about how they are feeling or what they are thinking by their posture? Are their answers curt or loquacious? Communication books are everywhere. Grab one of them, read up on listening skills and begin to practice them. One key skill that any of those books will emphasize is to repeat back to the speaker what you understood and give them the veto power to clarify. One tendency to avoid is to jump on a single word and start to formulate your response as the speaker is still in the process of answering. This shows you listened only enough to hear something about which you can speak.

In leading through dialogue one has to create a safe space. If the person with whom you are speaking feels unsafe, you will never get a profound answer. This may take time as we are rarely able to create a safe space at a first meeting. As a leader you create safety by remaining consistent and trustworthy. If anything said in confidence gets out, you are done. If you laugh or snicker at comments, you are not safe. If you look away or at your watch, you are disinterested and unsafe. Patience is important as you listen. Be willing to allow the person to circumnavigate the issues until they get to the point. This is not always easy but it will create safety. Quickly and kindly correct self-deprecating language on the part of the person speaking. Phrases like, “I am babbling,” “I talk too much,” or “I am making no sense,” indicate possible past hurts. Most times I have inquired about those phrases, people use them because they were used against them at some point: “You babble,” “You talk too much,” “You make no sense.”  Those powerful phrases sting and shape us. The kind listener can free the speaker by repeating the truth to them. “You are not babbling.” “You are not talking too much.” “You are making sense. Keep going.”

The follow-up questions should start with “how” and “what” not “why.”  Why, you ask? In many ways, why questions carry a verbal dart whether we mean it or not. Remember when you did something wrong and admitted it to a friend or colleague and their first question was, “Why would you do that?” Arrow to the heart and soul. Many of my pain moments in ministry or life have come from those why questions, which came across as accusatory and demeaning. In my family of origin, I often heard, “Why do you always find the most difficult way to do something?”

Simply using the word “how” or “what” does not magically make any accusatory question viable. “How could you think that was a good idea?” “What were you thinking?” and “What are you talking about?” are examples of how using these words can still come across as accusatory. By pausing to reformulate the question before asking it we will avoid unintended hurt which could derail the conversation.

Reflect on what you are truly trying to clarify before asking the second question. If you don’t, it seems like you are not listening. Be careful not to restate the obvious unless you really didn’t hear. If multiple ideas and subjects are shared, a clarifying step may be to ask them to choose one direction or thought they would like to explore further.

A quick word on types of processors: Verbal processors take time to express all they are thinking and invite feedback to make sense of it all. They talk through each piece of the puzzle as they are putting it together. Their final product or thought will come at the end of a dialogue. They are still deciding and clarifying as they speak. Non-verbal processors still need to express their thoughts with a listening ear. However, they have spent a lot of time thinking and putting the puzzle together in their heads already. They may be looking for correction if their conclusions are way off or for affirmation if they are on point, but are otherwise not looking for a lot of dialogue or extra ideas.

The asking of the second question is an art. We all know people who dig for information and they certainly ask a lot of questions; however, one gets the sense they may be seeking for justification for their own point of view, not seeking to understand.

Maybe an image of someone drawing water from a well is what we are looking to create. This is in contrast to the excavating machines which break up packed dirt and stone to extract what lies under the earth. Both techniques seek to retrieve something from below the surface. The one who draws out the water from the well lets the bucket or fabric settle into the water and fill up before they draw it out gently, careful not to spill or lose any of the contents. The excavator hits the ground hard and drags the teeth of the power shovel into the earth to uncover what is beneath. When they grab the loose earth to move it out of the way, there is little concern for what falls to the ground. They can always pick that up later.

Our goal should be to invite people to share what they are thinking and sensing in a safe environment, through carefully crafted questions. We want to be kind as we draw the deeper meaning and more profound expressions of those to whom we are listening. We build trust and the ability to influence through this type of listening and questioning. Like any artist, the art of asking the second question takes a lot of time. To become a better writer, you must write. To become a better painter, you must paint. To become better at asking the second question, you must practice.

What might this look like in real time and space?  I remember sitting in a small structure with some of the first believers in a small church in Congo. They didn’t have an ancestry of generations of believers in their families. They were hunter/gatherers by tradition but were being forced to settle and establish homes and gardens by the government. They were also subject to many abuses by other, more powerful people. The Aka people are small of stature but strong of heart and will. They endured abuses for many years and were even mistreated by those who had control and influence in churches.

The men spoke of being tired and uninterested in carrying on with following Jesus. It only meant more pain and persecution. A fellow believer asked the first question, “What does the Bible say?”  The Aka men quoted a couple of verses about perseverance, patience, loving enemies and receiving blessings because of it. They said the words but I wasn’t convinced they believed them. Their eyes were still pained and they looked at the ground, scratching at it with sticks they used to till the soil. I asked the second question:“What would help you believe this Word from the Bible is for you today?” They replied, “If we knew others were going through the same difficulties, it would mean we are not alone.”

We went to the book of Hebrews where the names of the “By Faith” people are listed. We went farther to the verses of those whose names we don’t yet know. They were tortured, suffered mocking, flogging, and even chains, imprisonment and stoning and are commended for their faith.

I also shared a story of people in China who, suffering under persecution themselves asked the same question. “Are there others who suffer like us because of their faith in Jesus?” At a training for leaders from many underground churches, the Chinese believers heard of their brothers and sisters in African countries like Somalia, Congo, Algeria, Gambia and Sudan who suffered persecution for the sake of Christ and decided to rise early in the morning to pray for them. The American missionary who was present said that as he exited his room early the following morning he saw hundreds of Chinese believers on their knees praying out loud. He didn’t understand the language but echoing over the low rumble of the prayers the names of countries were heard: “Somalia, Congo, Gambia” and he knew they were praying for the persecuted Christians in those places.

As I recounted the story to my brothers in the Congo, they raised their heads, put their hands to their chests and said, “They were praying for us?  “They are going through what we are living?” “We are not alone then, right?” “Yes,” I said. “You are not alone!” They determined to carry on in their faith and depend on the prayers of one another in the Congo but also those prayers lifted for them from China.

My eyes are full as I retell the story. It was powerful. Listening, asking a second question, creating a safe place, drawing out fears and giving hope to overcome them inspires us all.