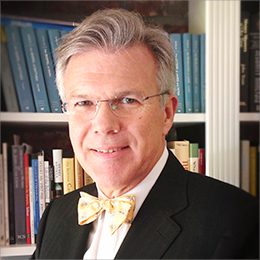 What organization doesn’t want to grow? But let’s imagine one better: What if you could increase your organization’s performance and ministry impact in a way that matched and actually solidified your Christ-centered integrity?

I want to let you in on a little secret of how one very humble ministry has done just this by increasing the value and immeasurable worth of its most precious resource ‒ its people.

HOPE International leverages micro-financing development to help hundreds of thousands of families in some of the world’s poorest communities stabilize household income, pay for household expenses such as school fees, provide a safety net in emergencies and start or expand businesses.

Jesse Casler, VP of Finance and Administration, remembers when he and two others made up the fledgling organization. Today, HOPE International stewards a $15 million budget and staff of 100 in the U.S. and beyond, serving in 17 developing nations.

As a growing, Christ-centered organization, we’ve faced a twofold challenge: How can everything we do to fulfill our mission move us toward greater allegiance to, and fellowship in, the Lord with quality and excellence?

David Wasik, Hope International’s VP of Operations makes it clear: “By valuing outstanding talent and inspirational leadership (two of BCWI’s eight factors of a flourishing culture and greater employee engagement), our people have sustained top performance while enriching their Christ-centered integrity during an extended decade of organizational growth.”

HOPE International has valued and developed outstanding talent by:

But wait, there’s more: HOPE International fosters inspirational leadership that reflects the fruit of the Holy Spirit by:

Casler and Wasik credit Malcolm Webber, founder of LeaderSource SGA, for the applicable wisdom of his framework in which a leader must:

The sustained, healthy growth of HOPE International’s culture can be seen in:

“Clearly,” says Casler, “achieving greater employee engagement has enabled HOPE International to not merely grow numerically, but to grow healthily as a culture.” And if I may add, HOPE continues to instill a fresh, new hope and trust in God among the world’s poor.